Murdo Matters is a new organization in town. It’s very new so you probably haven’t heard about it yet. In fact, I just thought of it 30 seconds ago. I’m already writing about it and I have absolutely no idea what it is, so I guess we’ll all find out about it together. Whatever it turns out to be, I hope it’s good because I really like the sound of it. Murdo Matters.

Murdo Girl is in her second week of being Next Pres. Lav is VPNPE. Then there’s the Queen who has been hanging out with us in Murdo. I think she needed a break from her extremely needy family who thinks they should be treated like Royalty. I mean give me a break, $250 for a sweater for George? That could have gone a  long way toward paying the light bill at Kensington Palace. She told us she started out as a mechanic in WWII. She knows the value of an elbe. What? Ib.. Short for pound..got it!

Murdo does things differently than the rest of the world. That’s why Next Pres has decided to drop some of the long titles, unless it’s in your name like Queen Elizabeth. Treason is going to get with The Coyote and they will be publishing a list of the cabinetry . Eliteism will not be tolerated, however, the cabinet will have a “Top Shelf.”

We will show the world that Murdo Matters, and we will live in whatever decade we choose to. We might even mix it up a little. Our story has evolved. We keep the people and things of the past that bring up good nostalgic memories. We also incorporate things and people that are in today’s world. If I’ve confused you, I’m sure you’re not surprised.

Now that Murdo Girl is officially Next Pres, we need to decide where she should live and conduct her stuff. How about the old High School? It’s got everything we need but a kitchen, and a shower. It’s close to the auditorium and even has a gym. Until we get someone to put a shower in, she can  go to the truck stop. They have nice showers there, and you can even call ahead and reserve. It’s also just a short walk from the high school I mean The Brick House. We can put a hot plate in the chemistry room. Hopefully we can get the smell of formaldehyde out of there. I think there’s a little fridge in there too. We’ll just have to make sure all the frogs are out of it and put a box of baking soda inside.

I think it’s time to have our first Murdo Matters Meeting. It will be at The Brick House. (We can’t call it the White House because it’s brownish brick.) The date will be?? What do you think. The sooner the better right? At 9:00 a.m. sharp.

Murdo Girl is already there. She spent the night on a cot in the library. It’s right across the hall from the Chemistry lab, where the coffee pot is. Already back from a brisk shower at the truck stop, she’s ready to hit the ground running.

The meeting is being held in the gym because the Superintendents Office won’t hold all the people.

The transition staff is arriving

Jerry, Treason, Carol, The town Crier, A I, and Yram  are walking up the steps. Bart, Smart, and Braveheart, the bodyguards, are stationed outside. They’re just there in the unlikely event that a crowd gathers. That doesn’t sound like a very good reason, but we’ll figure out another way they can be useful later.

Where are the Queen and Lav? We kind of need the NVP, but we can clue her in later, since we always have to tell her everything twice anyway. The C  and the CC of the CCC aren’t here, but they will be discussed at the meeting. Since we no longer need a Chair and Co-Chair of the Coyote County Convention, they will be considered for other positions.

The assembly is happening in the downstair’s gym.

Murdo Girl: THANK YOU, THank you, Thank you. Woah..This gym has an echo, guess I won’t use the mic. Thank you for coming to The Brick House, the home of the people. Yes, The town of Murdo now has it’s very own Next Pres, and when the rest of the country sees how we run things, I’m sure all the other 49  states will fall into lock step with us.

In the interest of time, I will get right to today’s order of business.

Other positions will be announced and discussed at our next State of the Town MM meeting.

Lets not overdo it on our first day. I am on fire Murdo! We’ve got it going on!! Give me an MM!!! 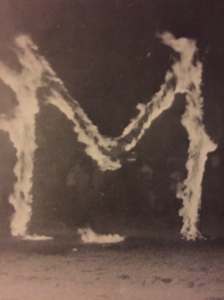 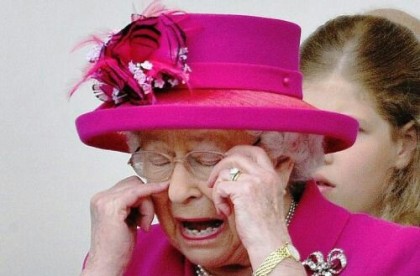 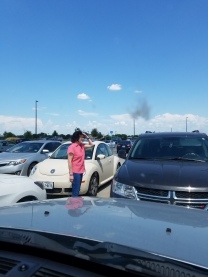