This is Yram Sicnarf and I’m a crack up reporter from Gun Barrel City, Texas where our motto is, “We shoot straight.” Full disclosure here..I actually live in Mabank, but it’s just down the street from Gun Barrel City. When I moved, I never got around to doing a change of address. Besides that, I don’t think they have a cool slogan. It makes no difference anyway because I’m usually on a big assignment in Murdo..Like now. I landed an exclusive with “The Man.” Yes, my career as a crack up reporter is about to catapult. I’ll be a shining star. I’m pretty sure that after this interview is published, good things are going to happen. I’ll most likely be promoted to Sr. Crack up reporter.

I’m about to arrive at a secluded area just outside of town where a helicopter will be waiting to whisk me off to an undisclosed location. I wonder if I’ll be blindfolded. I just hate being blindfolded.

Hours later, the helicopter lands and the blindfolded Yram is led off the aircraft. She looks cold.

Yram: Whooee! It’s cold! Where the dickens am I anyway? No self-respecting snowman would live in a place this cold. 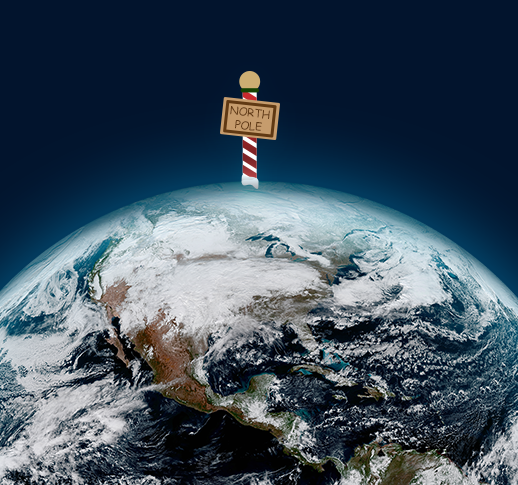 Helicopter pilot: Take it easy crack up, we’re still in Murdo. We just flew around in circles for a while to throw off any would be exploiters of “The Man’s” privacy.

Yram: Well that’s just plum pudding crazy. Why am I blindfolded if we didn’t even go anywhere?

Helicopter pilot: Well, it just seemed like the right thing to do. Now before we meet with “The Man,” we need to go over a few housekeeping items. When we get inside the building, the restrooms will be down the hall on your right. Like always, the men’s room is first then the women’s. We have a continental breakfast, which consists of a variety of Little Debbie snacks, v8 juice, and coffee. Lunch will be the same, which is why we bought a variety. Are you ready to roll?

Off we went to the building that housed “The Man.” I felt the excitement of the moment in spite of having one hand tied behind my back. I wasn’t allowed to bring my photographic drawer. This must be how Barbara Walters felt before she interviewed somebody super important. Still blindfolded, I soon found myself seated in front of an open fire. I couldn’t see it, but I could smell chestnuts roasting. I could sense I was no longer alone. Perhaps because I heard a jolly old voice.

The Man: Excuse me miss. I hate to be bah humbug, but I’m a busy “The Man.” I’ve been advised I need to increase my “presents” in Murdo, which is why I’ve granted this interview. I chose you because of the pitiful letter you sent. Did you really have one of those ghastly aluminum trees and a color wheel when you were a tiny tot with your eyes all a glow?

Yram: Yes sir..Let’s start the interview with something simple. Who are you?

The Man: Lean your ear this way, and I’ll tell you. I’m FedEx on steroids. I’m the head of a large not for profit manufacturing empire. I also oversee what some might call a working ranch. Why do you have one arm tied behind your back? We’re about to be served hot cocoa in a Santa mug and some Christmas cookies. I’ve got a freezer full of them. Let me jingle a bell and get one of my helpers in here to untether you.

Yram: Could you slow down a little “The Man”? Your handlers told me I’m not allowed to take notes. Let’s see. Where was I? What exactly do you manufacture?

The Man: My products are geared toward kids from one to ninety -two. Everything we make comes in a bag. The sky is the limit. Christmas makes me feel emotional. It probably has something to do with all the mail I get this time of year.

The Man: No you don’t. You’re blindfolded. Are you peeking? Be good for goodness sake and don’t peek. You better watch out and don’t cry.

Yram: I can’t see a thing. I’m getting rather warm. I’m dressed up like Eskimos. I’ve got to take my coat off. It’s not as if I’ll be dashing through the snow.

The Man: Although I’m sure it’s been said many times many ways, your hairstyle and crown must stick out like a very shiny red nose in Murdo. Where do you reign dear?

Yram: All over the place “The Man.” It sounds like you and I have a lot in common. Do you hear what I hear?

The Man: That’s probably the Mrs. She’ll be bringing our cocoa and cookies.

Yram: I thought we were having little Debbie snacks.

We had our cocoa and cookies. They were the best I’ve ever had. As I was leaving, “The Man” said he was going to lay down for a long winter’s nap. I sure wish I could have taken the blindfold off, but I think I know his true identity anyway. I wonder if he knows mine.