The little Murdo Girl is feeling especially sentimental about her wonderful life in Murdo and all of the Aunts, Uncles, Grandparents, and Cousins, that make up this remarkable family.

Many centuries ago, the Greek playwright Sophocles wrote, “One must wait until the evening to see how splendid the day has been.”

My Dad and Uncle Jerry were out driving around today like they do sometimes when they’re talking about  jobs. Dad is a plumber and Uncle Jerry builds houses. Dad said they pulled up to a stop sign and there was Greg (Uncle Jerry’s son), throwing rocks. He was hitting a sign and causing it to dent all up. Well, Uncle Jerry wasn’t too happy about it, so he rolled down the window and was about to call Greg over to the car. Before he had a chance to say anything, Greg ran over to the car and said, “Dad, I want to have a talk with you when we get home.” Dad said Uncle Jerry didn’t know what to say then, so he just rolled up the window and they drove off. 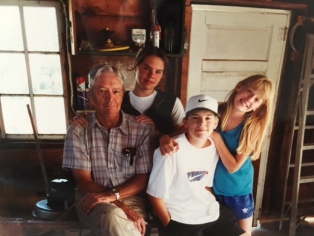 Uncle Jerry doesn’t talk much, which might be kind of good, because there are plenty of people in our family who do. Two weeks ago we had a little mixup at my house. Mom went to Pierre, to buy flowers for the Motel planters, and to spend the night with a friend. She thought Dad was taking care of me. Well, Dad thought Mom was going the next day, so he went out-of-town to check on a job. 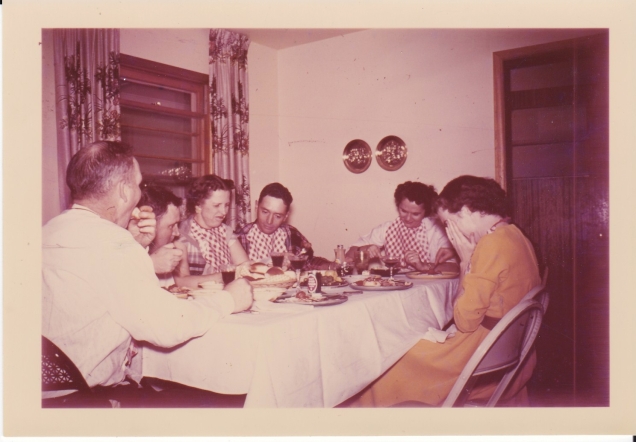 When I got home after school, no one was there. (Billy was gone somewhere too.) I waited until suppertime and started getting hungry. Murdo is a small town. If your Mom and Dad get mixed up, there is always somewhere to go. I started walking and headed South of Hwy 16. I was really  hungry by then, so I stopped at the first relative’s house I came to. Aunt Elna is a good cook, and I like to play with my cousins, Andrea, Stephanie, and Greg. Aunt Elna said, “Sure you can stay here, and we’ll just keep calling your house in case someone gets home.” Then, we all had chicken pot pies.

I ended up spending the night and the next morning, Uncle Jerry got me up early and took me to my house so I could change my clothes and get my saxophone for band practice. That was pretty nice I thought. He even gave me a ride to school.

Since I’m writing about Uncle Jerry, I will tell you about his office. My other cousins and I don’t go in there, because that’s where all his house plans, and other work stuff are kept.

Guess what? My cousin Andrea, (Jerry’s daughter), invited my cousin Valerie to go in the office. She said there’s a really nice stereo in there. She got to listen to a Gene Pitney album. I love Gene Pitney. He sings “A Town without pity.”

I’ m going to ask Stephanie if I can hear it too. 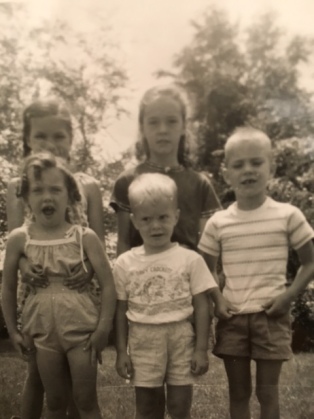 Uncle Jerry does a lot of work on the Cabin 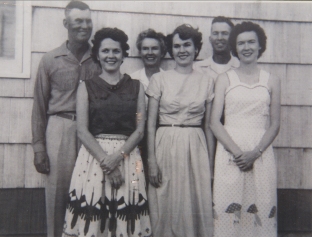 The Days were Splendid, Every One

10 thoughts on “Murdo Girl…They live in our hearts”