The following is an excerpt from an exclusive interview with retiring Jones County High School teacher, Margie Peters.

This exclusive interview did in fact take place. Even if it didn’t, it’s all true.

Mrs. Peters: Whatever floats your boat.

Yram Sicnarf: Let me introduce myself. My name is Yram Sicnarf and I’m an award-winning reporter out of Gun Barrel City, Texas. Please call me Yram.

Yram: Yes, it’s a little town, South of Riffle Butt, and East of Slingshot, but that’s all you need to know… Mrs. Peters, out of the thousands of students who have excelled under your tutelage, is there any one particular student, who because of your influence, has risen to greater heights than those less fortunate?

Mrs. Peters: Oh, my goodness Miss Sicnarf from Gun Barrel, that’s really a loaded question. (No pun intended.) I hate to single out any one student, but I will say the whole town is extremely proud of Senator John Thune. I’m sure you must have heard of him.

Yram: Yes, yes, I’ve seen the sign. Maybe it would help if we narrowed it down a little. Let’s say the class of 1970. To tunnel down even further, think female!

Mrs. Peters: Well yes, that certainly narrows it down doesn’t it? Hmm, let me think…

The sound of crickets

Yram: I recently interviewed a stunningly talented young lady who was very complimentary of your influence. She goes by …Murdo Girl.

Yram: Yes, Murdo Girl idolized you. She told me she credits you with the success of every one of her careers.

Mrs. Peters: Careers? You mean she’s had more than one?

Yram: Mrs. Peters, we’re here to talk about you. As an aside, Murdo Girl told me that she has never forgotten you…well there was that one time she used your name as a password prompt. The question was, “Who was your favorite teacher?” She had a momentary brain freeze and forgot. It all came back to her when she remembered how you had tricked her in speech class.

Yram: Yes the topic for the impromptu speech was, “What is an educated woman?”

Mrs. Peters: Ah yes, it’s all coming back to me. I was trying to prompt my students to be more creative. You know, think on their feet. I recall a young woman struggling. She talked about school and college, blah, blah, blah.

Yram: So you admit to setting her up?

Mrs Peters: On the contrary Miss Sicnarf. I hope it was a valuable learning experience for her. An educated woman is a great deal more than…

Yram: I hate to interrupt Mrs. Peters, but I have an interview in a few minutes with the Senator’s father, Mr. Thune. Let’s wrap it up with this question. Do you really feel it’s important to know how to diagram sentences? I mean, how many times is an employer going to ask you to diagram a sentence?

Mrs. Peters: I can’t believe you just asked me that. I’m sure this Miss Murdo Girl you speak of, has to know the importance of using proper grammar. Knowing how to write and speak properly is part of being an educated woman. Knowing how a sentence is structured teaches the correct usage of nouns, verbs, adjectives, and adverbs. Some are unable to snag a good job because they don’t know a conjugated verb when they see one. I notice you always use first person.

Yram: I see…Does it help to use a lot of pictures? Never mind. I’m off to see Mr. Thune. Miss Murdo Girl has never had to use Algebra either.

Mrs. Peters: It’s very nice to have met you Miss Sicnarf. Don’t you want to take a picture before you go? I would suggest you take several. 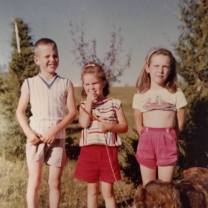 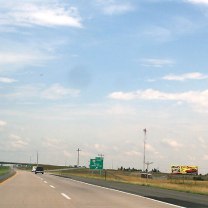 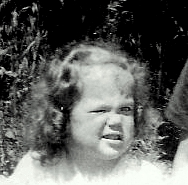 6 thoughts on “Murdo Girl…Man on the street”