They came from Colorado in their brand new bumper pull.

They battled wind, rain and heat. (That day was terrible.)

Dave said to Karlyce, “I’m beginning to think… this camping is overrated.”

When they finally arrived, they were pretty beat.

Karlyce said, “Brother Kip, You can keep this heat!”

Kip said, “Sister you’re a loony tune. I told you not to come in June.”

The next day things got a little better, and I told Karlyce I would come and get her.

We told the guys they’d better start hopping and fix that stuff while we went shopping.

We felt kind of guilty running all over town. We were sure their feet never hit the ground.

It turns out we were right. They were so (not) busy, they didn’t see the light.

We spent the next three days laughing, eating and having fun, even though it stayed hot from sun to sun.

When they left this morning, and we waved goodbye, I really thought I was going to cry.

Kip shook his head in disbelief and said, “I hope they know there’s no relief ahead.”

Dave will say, “Karlyce, what have you done?

Though it’s mostly true, I think it best…to say I’ve written this poem in jest.

I know they’re having fun with friends and so that’s where this story ends. 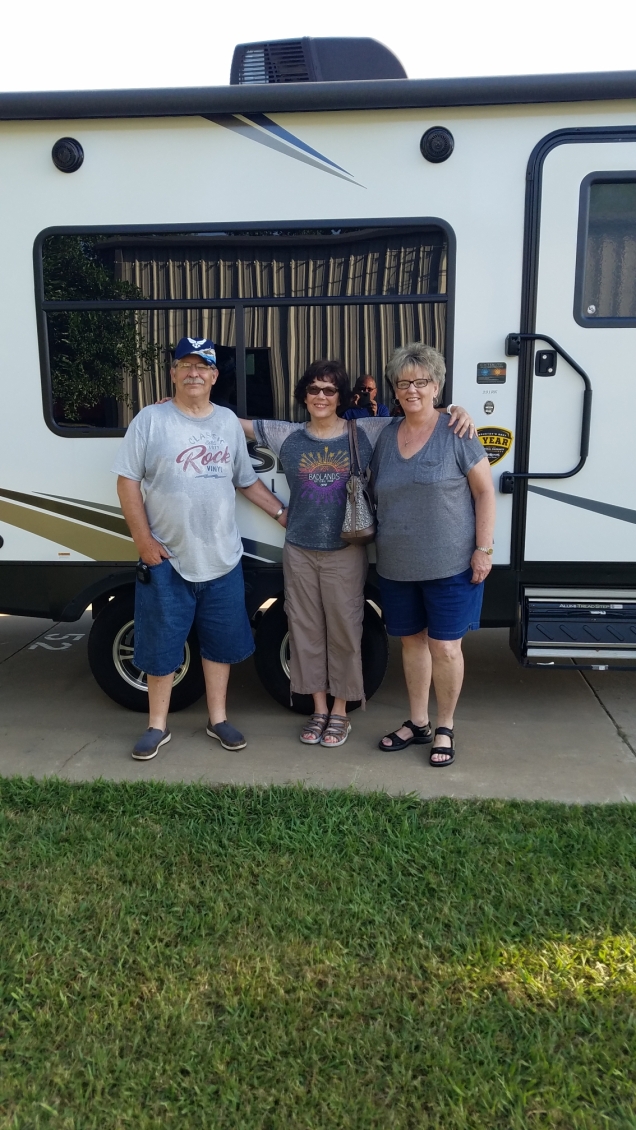