Katie, Clark, Arf, and Annie, met with Mrs. Langford every day after Katie got home from school and Clark finished working at Jamie’s farm. They were learning two dances for their first performance. In addition, Mr. Langford who had been a music teacher, played the piano while they danced. He also accompanied them when they sang.

It was tough going at first. Clark had two left feet and it took Katie a while to get strong enough to do many of the moves, but everyone witnessing the evolution of both young people, were amazed at how hard they worked. 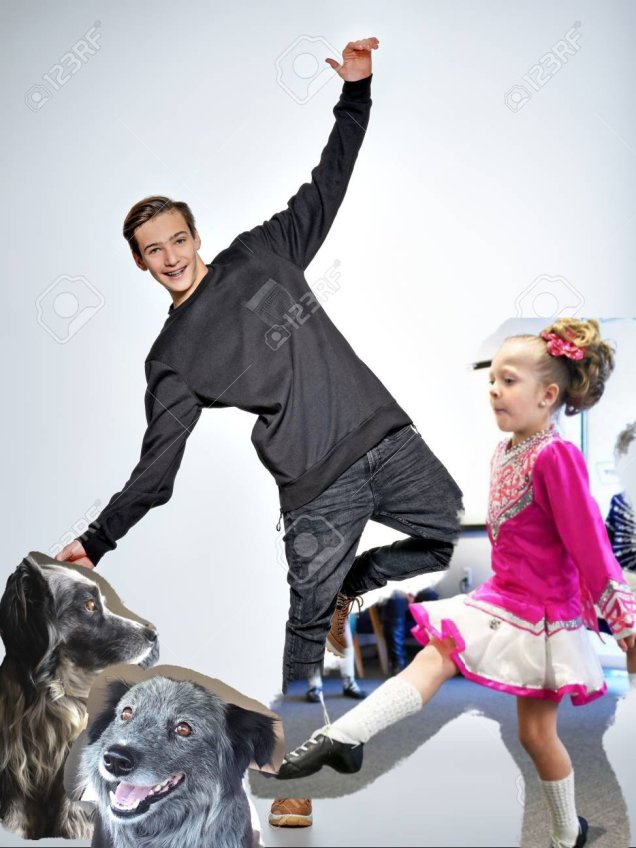 One dance was a fun soft shoe and the other was a modified jitterbug. Arf and Annie mostly continued with the, “ruff” step, step, step, kick, but they did it well.

Katie and Clark also learned two duets and each sang a solo. Clark played his guitar while they sang and Mr. Langford played the piano.

Everything seemed to be settling down at the ranch. Jamie’s parents, Mr. and Mrs. Langford, were happy with their new project and planned to continue their stay. Jamie returned to her internship at the veterinarian clinic, but didn’t feel right about moving back to her farm with her parents continuing to stay at the ranch. The only thing she regretted was that she and Brad hadn’t been able to spend much time together.

Miss Bessie was fixing supper when Jamie got home that evening.

“Good”…Jamie said. “I want to talk to him about something. Are my parents still rehearsing with the kids?”

“I think so. I haven’t seen them or the kids all afternoon. Or the dogs for that matter.”

“Thanks Miss Bessie. I think I’ll go wait for Brad in his study. If you see him will you tell him where I am?”

“Of course,” Miss Bessie said. She was hoping those two could spend more time with each other. They made such a cute couple.

When Jamie got to the study, Brad was already there. He was talking on the phone, but he saw her and waved at her to come in.

“Oh, so you do have an event room. That’s wonderful. Yes, the reason they’re putting this performance together is to bring cheer to folks in nursing homes, hospice facilities, and assisted living communities, but I’m sure children would also enjoy it, especially since there are two well trained dogs who are part of the show. One of them is actually a certified therapy dog.”

“Oh my goodness,” Jamie thought. “What is he doing?”

When Brad hung up the phone, he leaned back in his chair and put his hands behind his head, which is what he does when he’s pleased with something he’s done.

“It sounds like my parents, the kids, and Arf and Annie have an agent working for them,” Jamie said.

“Not intentionally. This call came from out of the blue. It seems the Research Hospital learned about how much the dancing and singing have helped the kids both physically and in Clark’s case, emotionally. They have both come a long way.”

“So I take it they have requested the kids bring their show to the hospital. I know they have a big children’s wing,” Jamie said.

Brad got up from his desk and they both moved to the chairs by the fireplace. Guess who was sitting in front of the squirrel window? 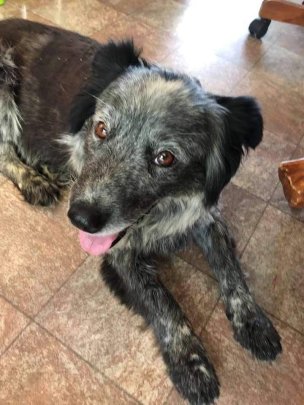 Annie: Yeah, and we’re already working our tails off. Pardon the pun. It’s fun though, isn’t it Arf?

Brad and Jamie continued their conversation.

“You know,” Brad said. “I have sneaked a peak and those kids are incredibility talented. I was contemplating something. I think it would mean a lot to Clark if his family came to one of their performances. What do you think?”

“Do you really think you could convince them to come?” Jamie wasn’t so sure it was a good idea. “Wouldn’t Clark’s dad think a musical show isn’t something a real man would be a part of?”

“I don’t know…I’ll have to give it some more thought. I’m hungry. Let’s go see if supper is being served.”

“Okay,” Jamie said. “But I need to discuss something with you. Maybe we can talk after supper.”

Brad smiled and winked. “There is nothing I’d like better than to spend time with you. Let’s meet back here.”