Her Father had placed her in a sanitarium, which is a place to convalesce, but Amanda wasn’t getting better. When Belle saw her daughter for the first time in two years, she was saddened and terrified. Amanda was withering away. Gone was the smiling child who had brought so much joy to everyone who knew her. The rosie cheeks were now pale, and the smiling eyes were now dark and vacant. She needed to be home with her Mother and Grandfather. She most definitely had to be under a doctor’s close supervision. Belle found herself wishing that Abby Ann could be there. Amanda needed her soulmate. She needed love, and prayers, and hope to survive.

Belle faced a dilemma. Amanda was not strong enough to travel, but perhaps she would do better in a more healing environment. In the end, she decided to take her daughter home. First she must search out a competent doctor who would take over Amanda’s care. She needed someone who would be willing to accompany them home, and remain there until Amanda had recovered. Belle knew Amanda wanted to live and she would do everything in her power to help her.

The four on horseback had followed the determined dog about as far they could if they were going to make it back to the truck before dark. Continuing would put everyone in danger. This was not a good place to get lost. 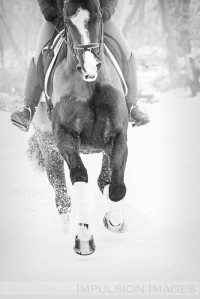 Andrea couldn’t justify putting these two kind men and their tired horses at risk. They had to go back. They could regroup and try again in the morning.

Beau wouldn’t go with them. They did everything they could to persuade him. He was tired and hungry, but he continued on his mission alone.

Per Andrea’s instructions, the van driver returned to the estate with Charles, Beatrice, and Mandy. The three unlikely companions were determined to stay together, rather than go to their rooms. The housekeeper served them a light supper in the drawing room, but they ate very little. The concerned nurse checked on Charles and Beatrice and determined they were holding up pretty well considering the recent turn of events.

Charles thought about all that had happened. It would have been easy to blame his sister Beatrice for everything; but in truth, he had to accept his part in her spiral into such darkness. It was true. He had dismissed her as a baffoon. In his mind, she was nothing but a simpleton to be tolerated. She must have been so lonely. He had stoked  his own ego by creating a perfect combination. He thought himself magnanimous because of all he did for the poor children. He felt needed by them. When they were gone, there was nothing more for him to do, but have a breakdown. When had he ever done something, just because it was the right thing to do?

Charles looked at his sister. She was holding the dolls she had created. They were the product of such talent. She was talking to them softly. He asked Mandy if she would push his wheelchair so he could be near Beatrice. His beaten down sister looked at him and smiled, then handed her brother Charles the Amanda doll. 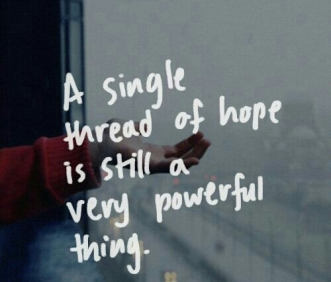 children in the cabin were huddled near the fireplace. They had only used enough of their remaining wood to keep the embers burning. They all knew that Abby should have been back from collecting wood hours ago. It was dark now. They would have to wait until daylight to go in search of her. It had taken all of them working together to survive. Because of Abby, they knew how strong and competent they were. Now, they would work together to find her.

Abby knew she had to stay awake. She walked and moved around as much a her numb limbs would let her. Thankfully, the wind had died down. If she could only keep going until daylight; she might have a chance to find her way to the cabin. She had been through too much in her young life to give up now. She was so very tired.. She wanted to sleep, but she had to stay awake. She had to get back to the children. This can’t end badly she vowed.

Was she dreaming or hallucinating? Was that a cold, wet nose on her cheek? Was it really Beau? She could feel the fear subside. Beau was there. In just a few hours it would be daylight and Beau would take her home.