I accidentally landed on this story last night when I was looking for something else. I read it again, and please don’t think I’m narcissistic, but I laughed until I had tears in my eyes. You just can’t mess with the truth. It will lose it’s luster.

I could have been a little emotional because I was very tired. I have been working on Connie’s story… the book …until the wee hours of the night. I have had a very sweet friend,who knows her stuff, edit it for me. I have learned so much from her. I tend to rush through things. I’m a good idea person or starter, but a poor finisher. You are going to love the book. I’m very proud of it. I’ll give you more information on Friday.

What you are about to read..again..Is the truth as I remember it. It reaffirms that I could never pull one over on Mom.

I would like to assure all of you little Murdo Girl readers, that although her stories sometimes seem outrageous, they are indeed a true accounting of her life in Murdo. She really is a good Murdo Girl!

I dislike school after New Years, because there aren’t any more holidays where we get significant time off, and  it’s still a long way til May. I think the whole town gets kind of crazy because there is usually a bunch of bad weather too. Yesterday a lady Mom is friends with came over and she was carrying a high heeled shoe and said she was Cinderella. She didn’t appear to be looking for a Prince and she was drinking her beverage out of the shoe. She had the other shoe on, which made walking difficult. I asked Mom what was wrong with her and she said she got a hold of some bad water.

I’m bored at school too. I have to tell myself that every day I sit there in the front row, is a day closer to not sitting there in the front row. Sometimes it feels really awkward. For instance, Mr. Pickner gave us an assignment to write a story about ourselves. Everybody had to stand next to Mr. Pickner’s desk and right in front of me. I tried not to stare at them, or indicate in any way how I thought their report was going, but a couple of times it was too much for me. 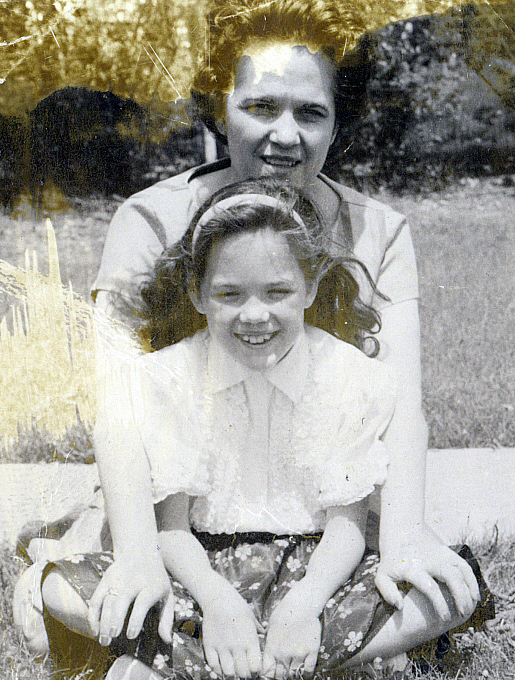 My friend Karen, who is a straight A student, got up to read her story. She forgot a punctuation mark and said, “I was born at the age of three. My family moved to….” She stopped for a minute to try and figure out why some were snickering a little, but I’m not sure she ever got it, because I started choking. I knew laughing would be bad, but it was too late to get myself under control. I think Mr. Pickner wanted to make an example of me, primarily because I was so close to the situation. He sent me to the library with instructions to stay there until recess. That was the first time I realized that being a Pickner pick does not guarantee you can’t still get in trouble, which means there are no pluses to it at all. I think he’s biding his time just like I am. He probably knew early on that he had made a wrong decision. He just didn’t want to admit defeat. It wasn’t in the cards for me to get straight A’s.

Mom said I haven’t been very good natured lately and she’s right. What she doesn’t know is I’ve been having bad stomach aches. It feels like something is pulling  the outside of my stomach to the inside. I don’t want to tell Mom because she’ll take me to that woman Dr. In Kennebec. Her name is Dr. Horthy. I think she’s from Hungary. We can barely understand each other.  Mom claims she understands her just fine, but I don’t see how.

I guess I should tell you what I went through last year about this time. I had been home from school for a few days with a bad sore throat accompanied by a spasmodic cough. Mom said it appeared that I wasn’t going to get better, so she took me to Dr. Horthy, who examined me. She said a bunch of things I didn’t understand, and gave me a shot which almost made me pass out. Then she took Mom aside and talked to her in a low voice. When they finished talking, Dr. Horthy told me I was having “epleptic sizsures” and I would have to have a “shut” every week until the symptoms went away, or got worse. She paused.. to catch her breath I guess. Mom said not to worry, because Dr. Horthy was going to teach her how to give me shutz so I wouldn’t miss anymore school and flunk. Then she said there was nothing more she could do and sent me home. I remember having a fleeting thought that for some reason, I could understand every word Dr. Horthy said.

Well, I bawled all the way home, and Mom didn’t appear to be very sympathetic to the fact that her only daughter was an epileptic having fits. When we got home, she made me drink Peptobismol and put me to bed. I didn’t even have diarrhea.

I’m very thankful that a miracle happened and the first shot did the trick. I haven’t had a seizure or missed a day of school since.

I guess you have figured out by now why I’m not too anxious to go back to the good Dr. Horthy. If I describe my stomach pains, she’ll probably do some sort of emergency exploratory surgery right in her office. Why did we have to lose Dr. Murphy? He was such a sensible Doctor.

ONE WEEK  or so LATER

The pain continued, and Mom became concerned without me even having to say anything. I was worried too, and went willingly to see Dr. Horthy. All the way to Kennebec, I was positive the tests that Dr. Horthy would surely give me, would reveal a fatal illness. It didn’t help that Mom was pretty quiet too. I’m sure she was eaten up with worry.

When the examination was over. Dr. Horthy went into her back office for what seemed like an eternity. Finally, she came back with a small packet which she handed to Mom. “Geeve dis child peils as 2x each dei! She hov wiermz.”

On the way home it started sinking in that I wasn’t going to die from the worms, but severe mortification might kill me. Mom must have sensed my distress, because she said, “Do you want to stay home from school tomorrow?” I nodded yes and said, “Thank you Mom.”

“You’re welcome,” she said. “When we get home, I’ll give you some peptobismal. It will soothe your stomach.” (I was hoping for cinnamon toast.)

P.S. Billy called here last night and said that although my stories are factual, they are becoming a little overblown, and bordered on sensationalism. Sometimes he’s hard to understand… like he’s Hungarian or something.

I think after he reads my story today, he’ll feel sorry for me, because of what I’ve been through, and stop threatening to get me back when he comes home in July.