We hit the road again on Monday morning… leaving all of the girls Kip dated a few times 55 years ago behind. I wondered if he was feeling kind of sad about leaving his hometown.

“Kip,” I said. “Is it really true that one of those girls you dated broke the windows out of the gas station where you worked  because you broke up with her?”

“Yeah,” he said. “It was pretty embarrassing. Did I show you  the gas station I worked at when I quit because the guy who owned the place wanted me to slit the tires on tourist’s cars and sell them new ones?”

“No,” I said. “You can show me next time. It’s probably a good thing that you went on to college. You had some bad luck with your gas station jobs. It was fun spending the day with Karlyce though.”

“I don’t think she’s ever going to forgive me for making her pour hot water on her shredded wheat,” he said. “Hot shredded wheat couldn’t be that bad.”

Thoughts of my older brother Billy came to mind.

Kip’s college reunion is in October, but I don’t think he will want to go. He got sick with hepatitis..whatever the kind is that you get from food… when he was a sophomore and he happened to be slinging hash for a girl’s sorority at the time. They all had to get gamma gobulin shots.

These are some pictures I took on the drive from Laramie to Casper. 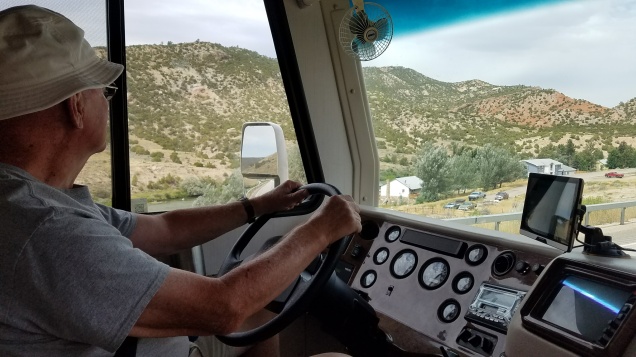 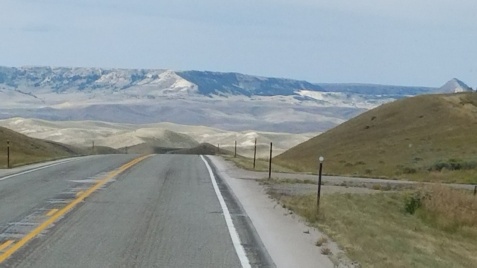 Kip’s mom always said the bluest skies are in Wyoming.

Kip didn’t think the motor home was climbing the hills as good as it should. It started the day we drove to Sheridan, but we were hoping it had something to do with the altitude. By the time we got to Casper, we knew we had better have it checked out. We found a KOA campground and set up for the night. 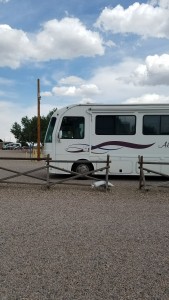 Tuesday morning Kip took the Jeep and starting looking for a place that worked on motor homes. He began his search with a recommendation from the Park manager, and on the way to check that place out, he stopped at another shop. Anyway, through a series of following up on all these suggestions, he found a place that worked on our kind of transmission, which would be a worse case kind of thing. 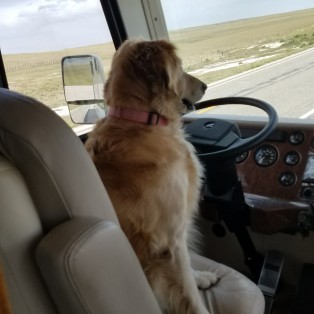 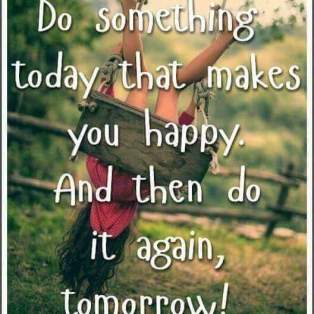 When Kip looks for a mechanic or business to work on his vehicles, one of the things most important to him is the cleanliness of the shop. He was impressed with this one. By the time he got over there, he was convinced it was the transmission and it was going to take days to fix and cost a lot of money. It’s part of the experience of owning an RV. You have to be prepared to adjust and be flexible. I stayed at the RV park with the dogs and cat, while Kip did all the running around. 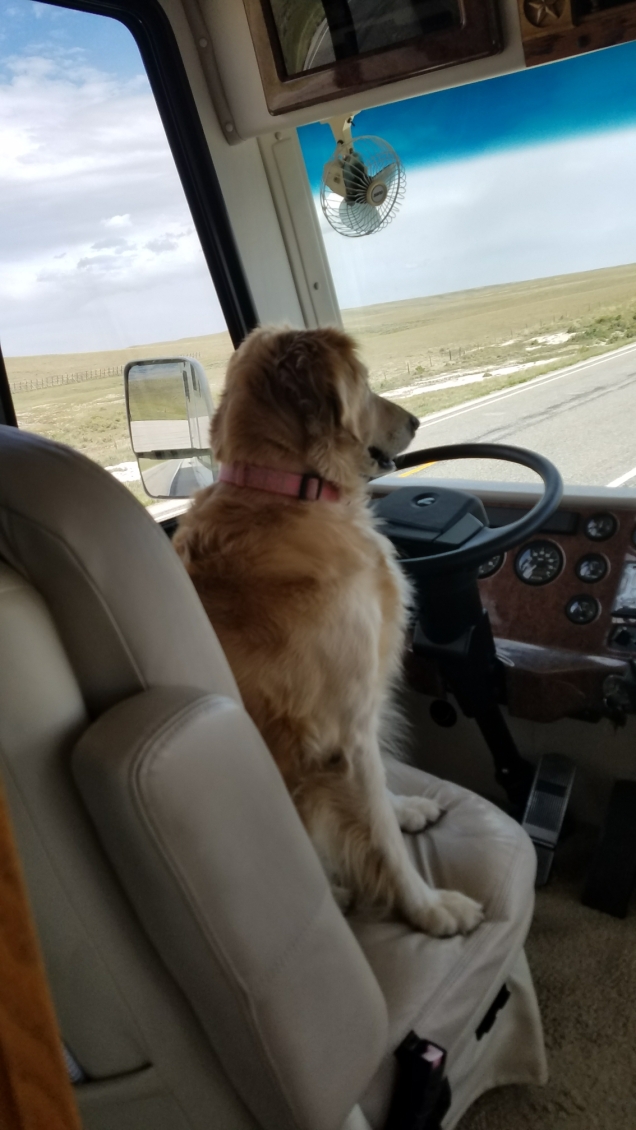 We feel really fortunate. The stars were all in alignment and the mechanic was our angel. He said all we needed was a couple of new filters. One hour later, we were on our way. The motor home was purring along like a kitten and climbing hills like it’s old self. We pulled into Spearfish about 5:30.

We are in a beautiful spot at the foot of the spectacular Spearfish Canyon. We plan to spend four days here. Kip hasn’t seen Mount Rushmore or been to Deadwood, Custer State Park, or any of the other attractions in the Black Hills.

So…we will do all of that, but today is a day of hanging out and resting up. God’s world is beautiful, the weather is perfect, and life is good.

5 thoughts on “Murdo Girl…the road trip..The good with the bad”