We needed to take the dogs for a long walk this morning before going to see the Ark Encounter, so we drove the short distance to Georgetown and looked around what turned out to be another beautiful little berg. In the interest of time and space, I’ll put some snapshots on here that are pretty self explanatory. 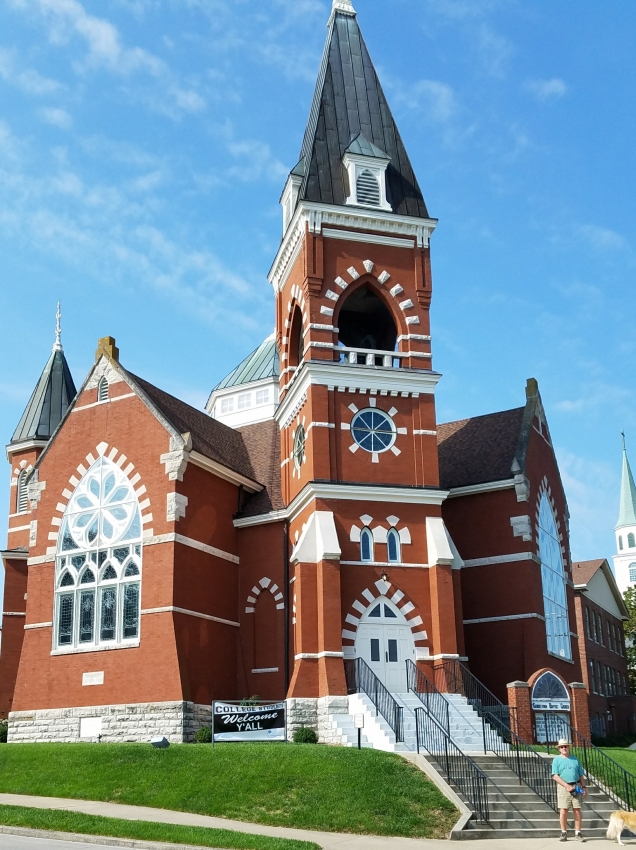 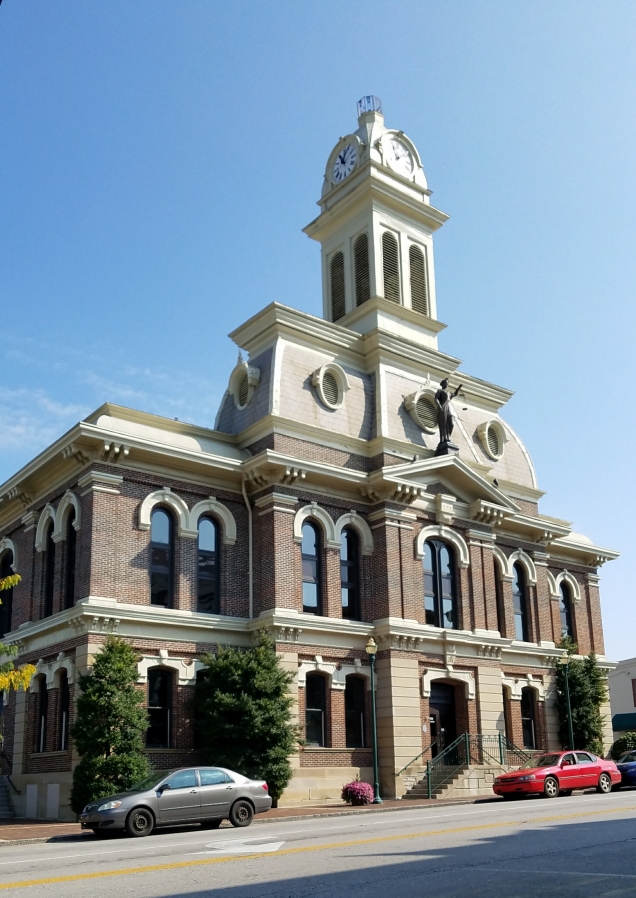 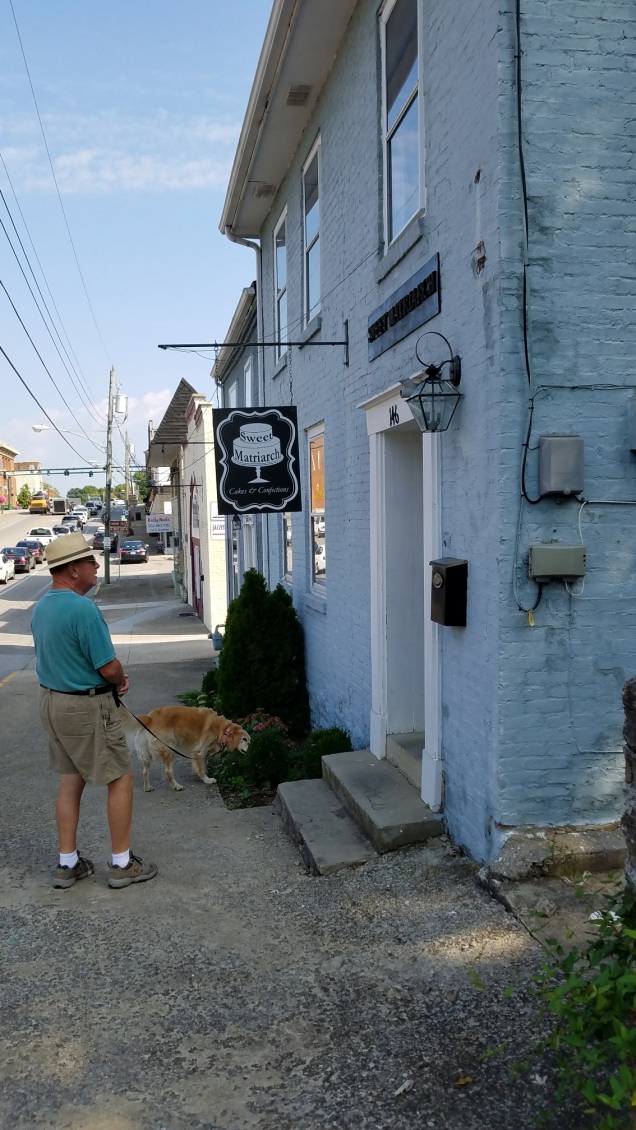 Kip looking longingly at the bakery. 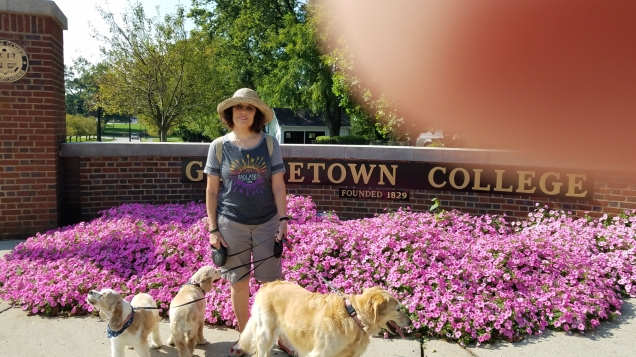 The home of Georgetown College. I just noticed Kip had his finger in this one…oh well. 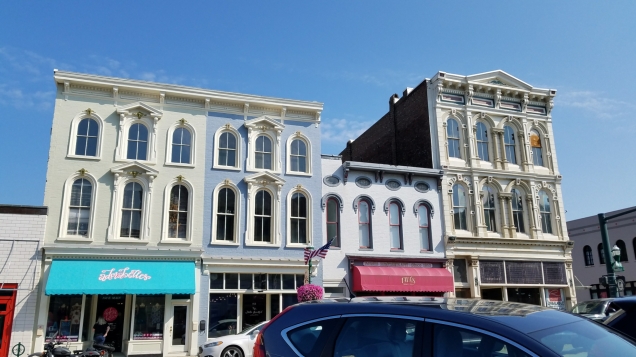 Main Street has quaint little shops on both sides. 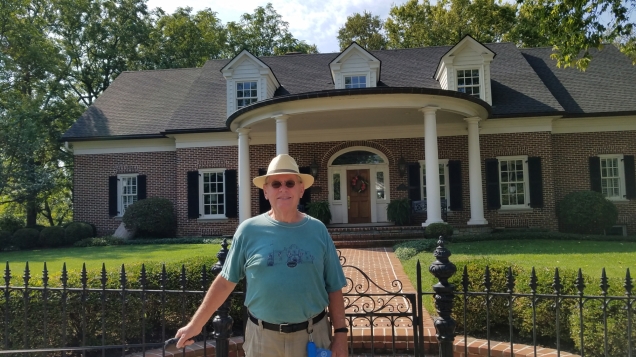 A beautiful home on Main Street

I hope I can describe the Ark Encounter in a way that does it justice. Seeing the Creation Museum first really set the stage for today, but we sure didn’t expect the Ark to be this massive, even though we were told it’s just like the one God told Noah to build.

According to the Bible, God was so dismayed that man had become evil and selfish, He planned to flood the earth and wipe out all mankind. 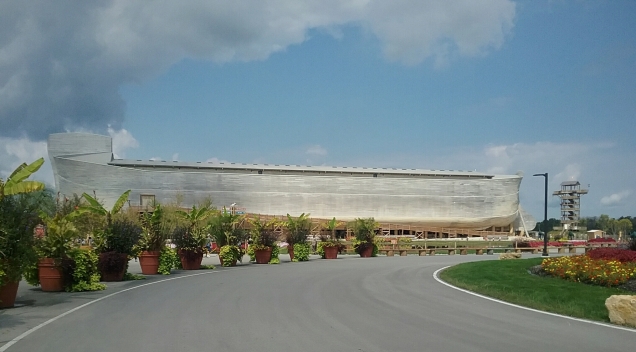 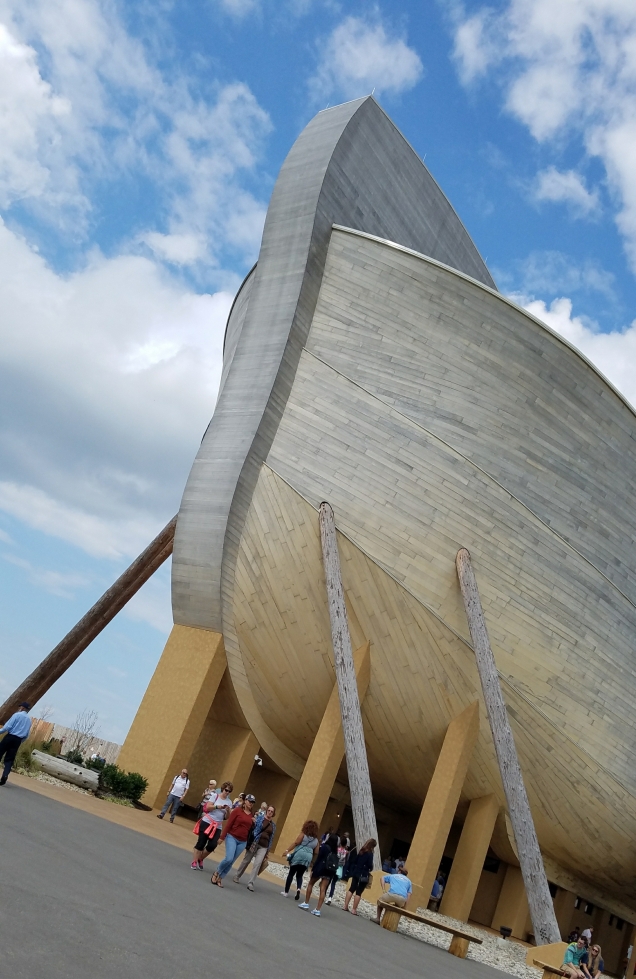 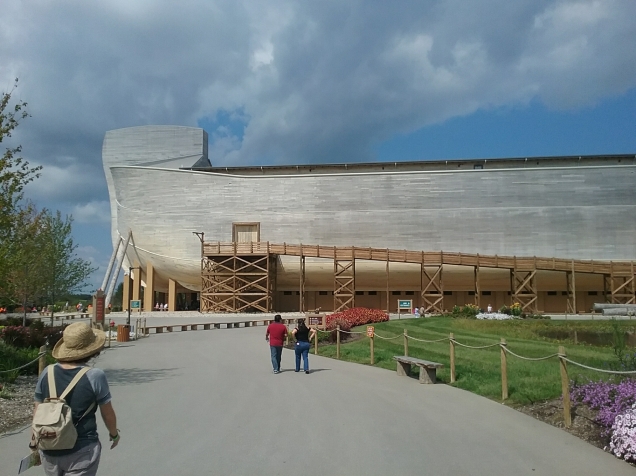 This shot shows the ramp Noah and his sons built to get all the animals on board. 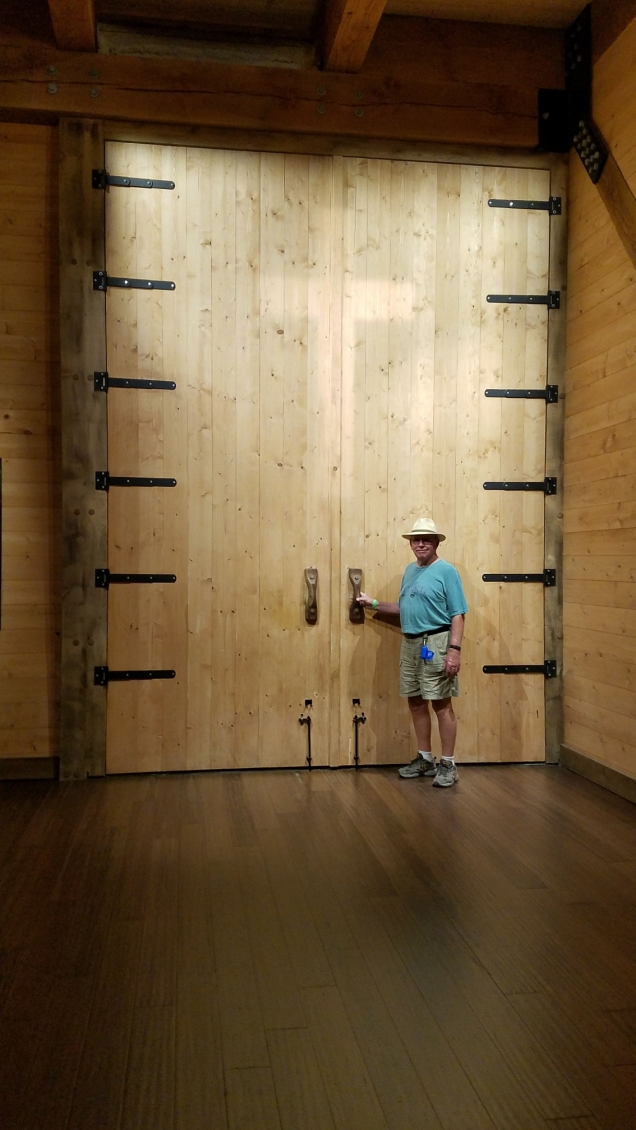 God told Noah to build an Ark with one door. When God shut the door, it depicted his justice and mercy. The wicked world outside the door perished, but those inside were rescued.

In preparation for the flood God planned, Noah was to build an Ark big enough to hold two of every living thing.

The flood waters would cover all of the world. God said the animals and birds and all things he wanted saved would come to the Ark when it was time.

It took Noah and his sons seventy-five years to build the massive structure.

The Ark we saw was built to the exact specifications, per the Bible, as Noah’s Ark. It is 510 feet long, 85 feet wide, and 51 feet high. It is the biggest timber frame structure in the world.

Noah was to bring his wife, his two sons, and their wives. They were the only human beings who were saved from the flood.

Noah and his family in prayer at the beginning of the flood. 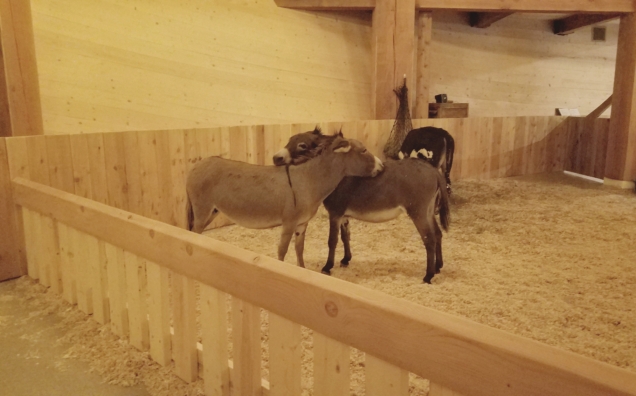 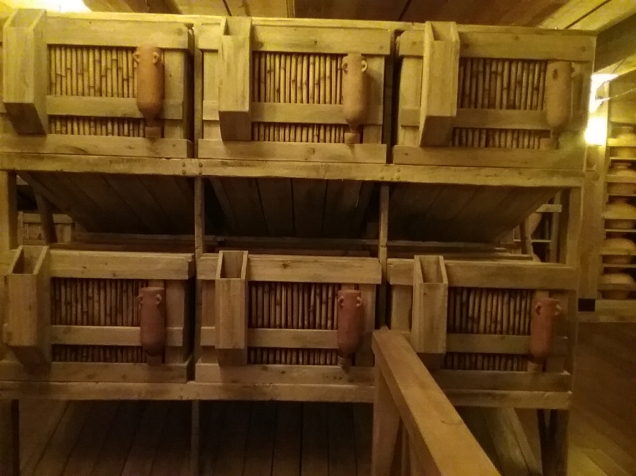 The cages for the smaller animals. Several species that were on the Ark have since become extinct. 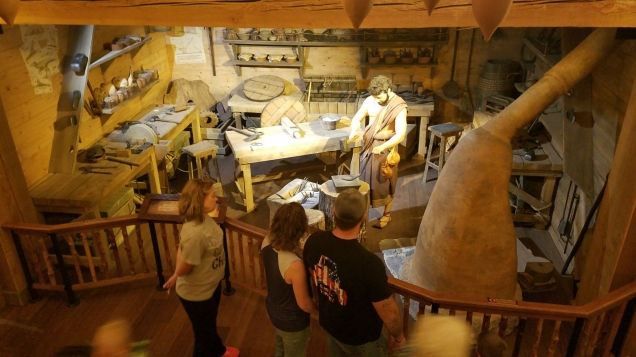 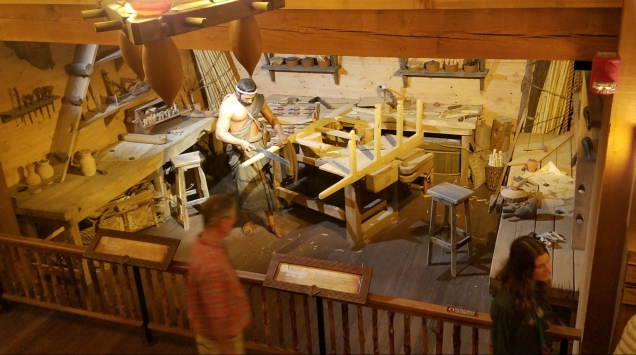 Depictions of Noah and his sons working on the Ark

I hope you can enlarge this enough to read it. It’s very thought provoking. 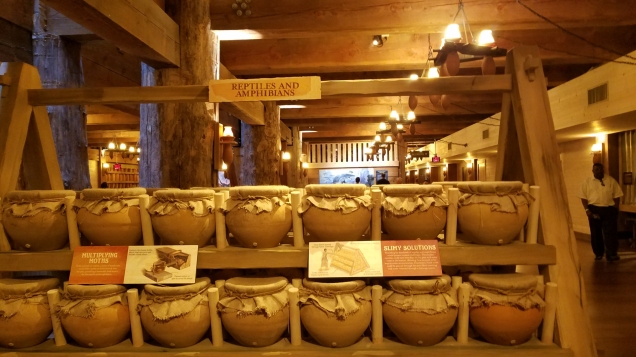 The reptiles and amphibians were kept here.

The Ark had to carry fresh water and nourishment to last an indefinite length of time. It was really interesting to see the different methods they used to store everything.

The Ark and all of it’s inhabitants drifted for one year before God allowed the water to recede.

The exhibits explain how the earth was impacted by the flood. Places like the Grand Canyon were created in a relatively short period of time. Water erodes the earth quickly.

God promised he would never flood the whole world again. 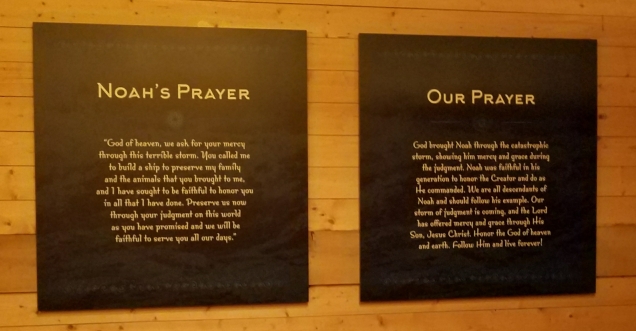 The grounds around the Ark are beautifully landscaped. The whole story of the Ark is presented in a way that really makes sense. Kip and I highly recommend the Ark Encounter. 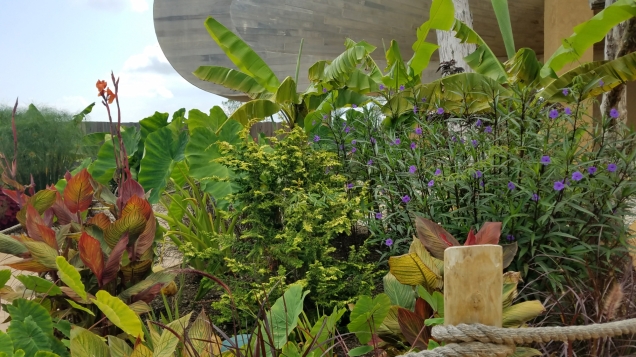 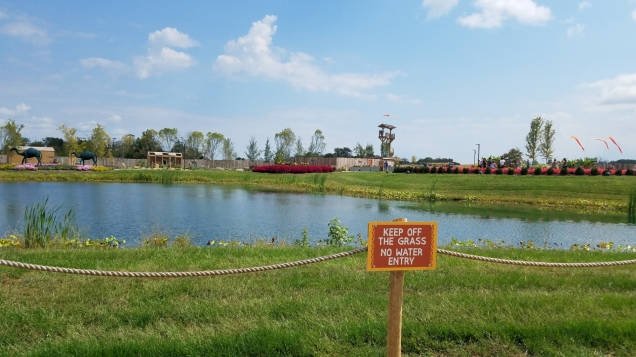 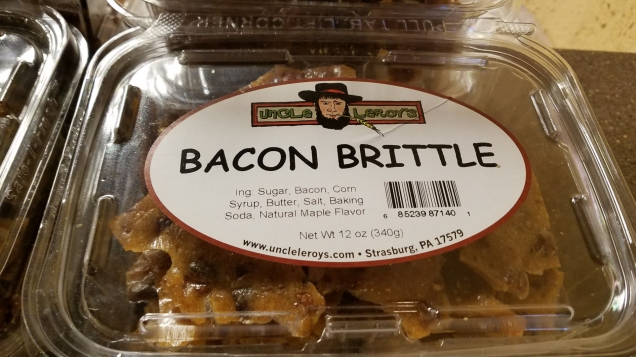 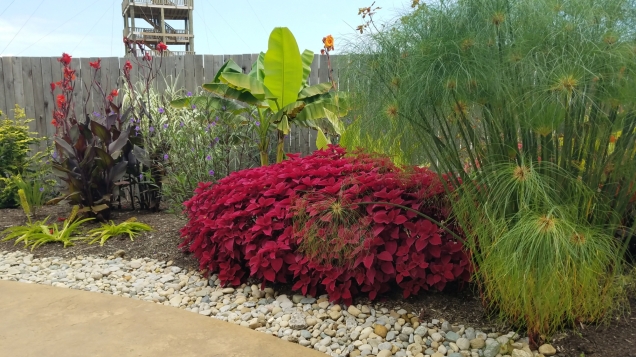