It’s Sunday, and I’m on my way to Pearl’s house. It feels good to have a day off from school and The Busy Nest. Pearl the human is going to take Grace to be fitted for some new clothes. There’s a southern lady in town that can really sew and Pearl has gotten to be good friends with her. Pearl thinks Grace needs to dress better since she’s writing a column for the Murdo Coyote, now. I don’t really see why. She’s going to have her picture made, but it’s only going to be of her head.

I haven’t had any new clothes since Mom started working two jobs. It’s because she doesn’t have enough money, or enough time.

Well, I’m not there yet, but I almost am.

“Goodness, is it that time already? Come in, Essie. I was just having a cup of coffee. Would you like something to eat? Have you had breakfast? I think there are several saucers of leftovers in the ice box if you’re hungry.”

“Do any of the saucers have cherry pie in them, Pearl?”

“I believe so, Essie. Take Pearl outside and then you can help yourself. I’ll go knock on Grace’s door and see if she’s almost ready to go to Cat’s house.

“Pearl…are you smoking an air cigarette? You haven’t smoked the air for quite a while. Are you feeling nervous about those wayward women moving in? I’m kind of nervous about it, and I think Pearl the dog is too. She’s not acting right if you ask me.” 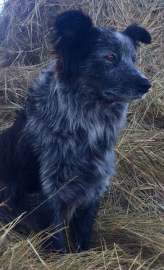 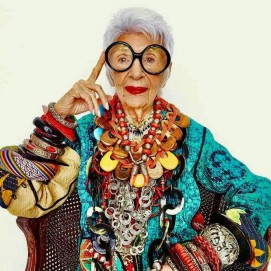 “What? Oh, never mind all that, Essie. They aren’t going to be moving in here. Those plans fell through. It seems we don’t see eye to eye on what wayward means.”

“Does it mean smoking and drinking, Pearl? I happen to know those women smoke and drink. The three who were at The Busy Nest are very wayward.  Besides, what can you do to get a person to be unwayward? It sounds like a lot of work on your part, Pearl”

“There is no need to discuss this anymore, Essie. We’re moving on. I’m going to get Grace. We’ll wait until you get back from walking Pearl before we go to Cat’s house.”

After Pearl and Grace left, I helped myself to some of the little saucers in Pearl’s ice box. I was going to watch TV after I ate until I remembered all there is to watch on Sunday is preachers preaching. I always worry about saying I don’t like to watch preachers preaching. It’s probably asking for trouble. I try to think like I’m a believer, but I’m not totally sold on the idea. That kind of thinking could very well get me struck by lightning. I decided to go ahead and watch for a little while just to be on the safe side.

Wouldn’t you know it! I fell asleep. When I woke up, I heard Pearl and Grace coming  in the kitchen door and the Cat lady was with them. For some reason the Cat lady and her husband both have leg trouble. He has a wooden leg and she has a short one. I went to her house once while she fitted Pearl for a new dress and I saw a wooden leg propped up in the corner. It had a sock and a shoe on it. I wondered where the husband went without his wooden leg. It’s not something you could just go off and forget. What if he did? Would he walk into work and say, “Oh, shoot! I have to go back home. I forgot my other leg.”

Anyway, the Cat lady had Pearl get up on a little step stool in front of a mirror while she pinned paper on her. Pearl called it a pattern and she said Miss Cat would cut the material in the shape of the paper and sew a dress made to fit just her and nobody else. She said there was no finer seamstress than Miss Cat.

I heard Pearl say my name, so I went on into the kitchen.

At the recent reunion, a lady’s name was mentioned and I have found myself thinking about her and the beautiful clothes she sewed for all of her bridge playing friends and other Murdo ladies. Kitty really was an excellent seamstress. I can remember the tiny little pleats in the skirts she sewed for me. She made the red taffeta and lace formal I wore in the 4th of July parades and the matching skirts she made Mom and me. I gave Mom’s to the mother of a little friend of mine. Mom discovered what I had done when she saw my friend’s mom walking down the street with the Kitty Reynolds skirt on. 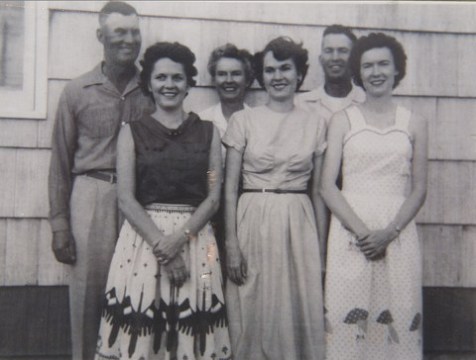 I remember standing on the little stool in her upstairs bedroom as she pinned the brown paper that would take the shape of my next new dress. She worked quickly and skillfully as Mom watched. From my perch, I could see out the window or look into the full-length mirror hanging on the wall.

On one occasion, it seemed that it was taking longer than usual for me to get the new dress. I kept asking Mom when it would be finished. I think she said her go to phrase, “We shall see what we shall see.”

Christmas came, and still no dress. My birthday was just a few days later on New Year’s Eve. I remember Mom handing me the box that held my birthday present. Inside was a short, black, corduroy dress. The underside of the dress was bright orange and there was also a pair of black bloomers in the box. They were just like the ones the cheerleaders wore. 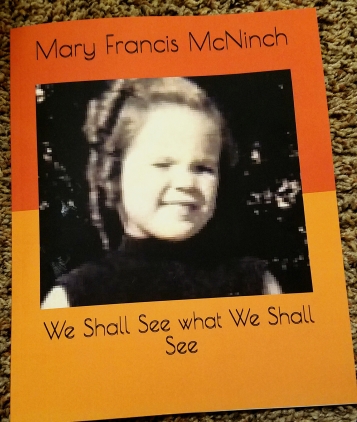 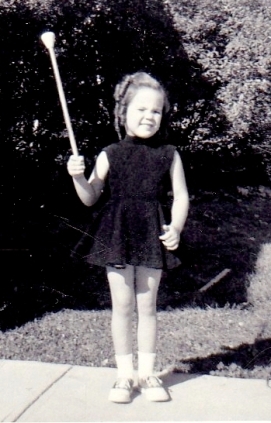 Evie Johnson, who lived across the street from us, had been giving a group of little girls baton lessons in our basement. I was now an official majorette. I got to twirl my baton at a Murdo High School basketball game, and just like the Kitty Reynold’s red formal, I wore that outfit until I was busting out of it’s seams.

I have great memories of Kitty. She had a delightful, southern drawl. She was also a member of the food swap club. Mom made the ham and beans, and Kitty made the crusty cornbread. I can still remember how good it tasted hot out of the cast iron skillet. We put melted butter on it and lots of sweet syrup.