A little tiny house update before we talk about the big birthday bash.

I bought the shams that matched the cheap quilt, and we started cleaning out the garage. Kip was like a drill sargent…for a little while. About a half hour into it, he said he had to go inside to call a few garbage collectors and line one up to pick up our trash. About an hour later, I went in to refill my ice tea and he was sleeping in his recliner. In all fairness, I heard the hold music, so I knew the trash company had put him on hold for a long time, and he had put his phone on speaker. He came back out to the garage a while later and said he had it all taken care of, and we had to hurry, because they pick up on Tuesdays, and we had to have our trash by the curb at seven in the morning.

Kip informed the girls at the Mother’s Day picnic that we were going to unpack all of the crates of photos, photo albums, and miscellaneous mementos and they were to come out the weekend after Memorial Day to go through all of them. They will have to take whatever they want, because we aren’t going to keep any of it. He told me to get in touch with the boys and let them know in case they have any special requests. Craig lives close enough to come if he can’t bear the thought of missing out on any of the thousands of treasured photographs, old school papers, awards, cards and all of that stuff. He’ll probably remember when I made him go up into the hot attic with me and find pictures for the blog last summer…and take a pass. 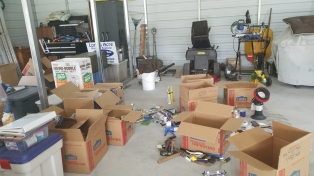 A couple of hours into sorting through our collection, Kip ran across a big box of treasures his mother had given to him. He sat in one of the chairs he has already set out for the viewing, and went through all of it. He found a letter he had written to his mother telling her he had gotten a speeding ticket and the fine was $25.00. He told her not to pull it out of his account because he was going to quit school and get a job to pay for it. (I smell manipulation.) He must have been sixteen, at least, and he lived at home. He wrote a lot of letters when he was a kid.

When we moved from the country to the small house, we put all of the crates of pictures in the attic along with several other boxes, and we never looked at any of it for three years. (I looked a couple of times.) That’s what really impacted us with this move. We probably have another day of sorting and unpacking, and the back of my Jeep is already full of things to go to Goodwill.

(Can you see the chairs all lined up? I can’t wait to see them all fight over the wedding clock on the right. Never buy someone a gift with their names on it. They can’t give it away.)

We made a pact not to bring one other thing into the house, and so far, so good.

So…I personally think Prince Charles’ 70th birthday bash will be a really snoozer, but maybe we should take Lindy Bergh and Airy Heart up on their offer to fly us over to the palace. I sure hope I don’t have to parachute this trip. Those two are easily distracted and overshoot the landing strip most of the time. They did say they were going to serve those little wieners in BBQ sauce. It doesn’t seem like such a good idea when you think about it. One little air pocket and you’ve got BBQ sauce all over your party clothes. 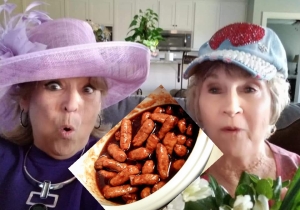 Should we wear hats or crowns? I know Cam will have a hat on, but I’m not crazy about her style. They all look like they could double as a donut in case her hemorrhoids act up. 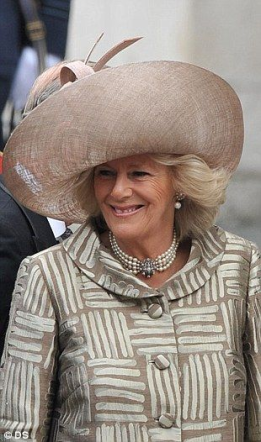 Well…Lav can be in charge of the RSVPs. Maybe some Murdo people will want to go, too. Of course, Windy Lindy and Airy will probably have to make a couple of runs, so we’ll probably have to chip in for gas and wieners. It’ll be a hoot!!