Have you ever noticed that back in the 40’s and 50’s everyone who had a car, had their picture taken in front of it. Look at some of the old pictures you have of your parents or grandparents. I will bet you’ll find one with them standing in front of a car. I showed this pic in a blog I wrote the other day. Now I’ll show you what Mom wrote on the back of it.

The first two are of Kip’s Uncle Klar. Doesn’t he look dapper in his riding breeches? The second two pictures are of a gal-friend of Kip’s mom ‘s. Her name is Mary Delle. I think she liked her car.

These were all in Kip’s family albums. The third one is his dad, Mack, with a crazy friend.

A couple of Mom and Dad

The first Army photo is of my dad. The second one was in Mack’s army album. He must have taken this photograph of his buddies as I don’t think he’s in it. Kip’s dad and mine were both in the Army Corp of Engineers and served at the same time. Their birthdays were two months apart. Kip’s dad was killed in a motorcycle accident when he was serving in Italy. He was only 27.

“Hey…would you all mind taking a picture of me by your car?”

It makes me wonder if people just wanted to show off their cars or did someone say, “Let me take a picture before you leave?”

We have pictures of all our kids with their cars, but I haven’t run across any except one of Mason standing by the car he disliked intensely. Kip, like most men, can tell me when a photo was taken because he knows the year and make of the car. He has pictures of all the cars he has ever owned. He almost cried when he saw the picture of his prized red Chevy Super Sport after a relative backed into the driver’s side door.

I really believe that boy’s and men’s identities are closely tied to the kind of car they drive. 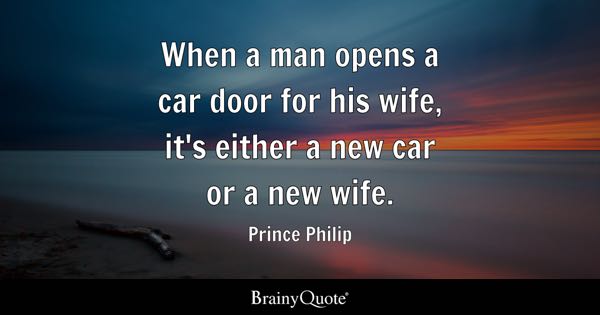 Prince Phillip said that? I wonder if Queen E. knows!

4 thoughts on “Murdo Girl…This is our car”