We left Maryland around nine o’clock this morning and drove in the rain all day before stopping around four this afternoon. We’ll drive the remainder of the way to Charlotte, NC tomorrow where we plan to stay two nights.

We really enjoyed our brief stay near Washington DC. The first day we took the train to the Washington DC Mall which is where the Smithsonian Museums are as well as most of the monuments and government buildings.

We paid almost a hundred dollars for a “jump on and jump off” bus ticket, but it was a bit of a waste. The bus was never there when we wanted to jump on, so we ended up walking most places. It was still a super fun day. 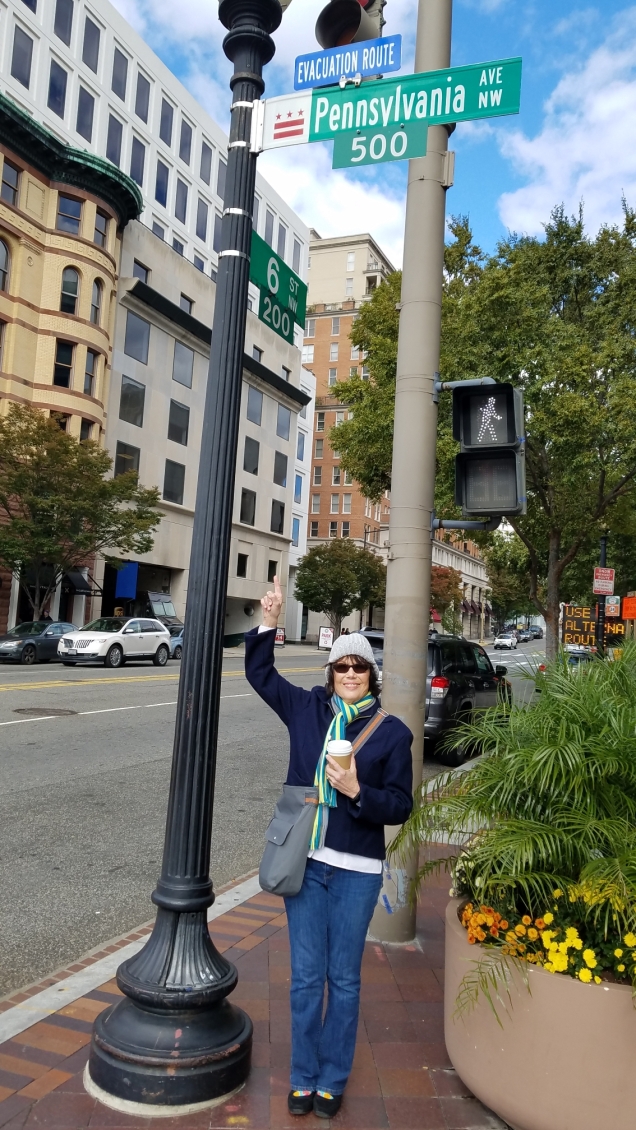 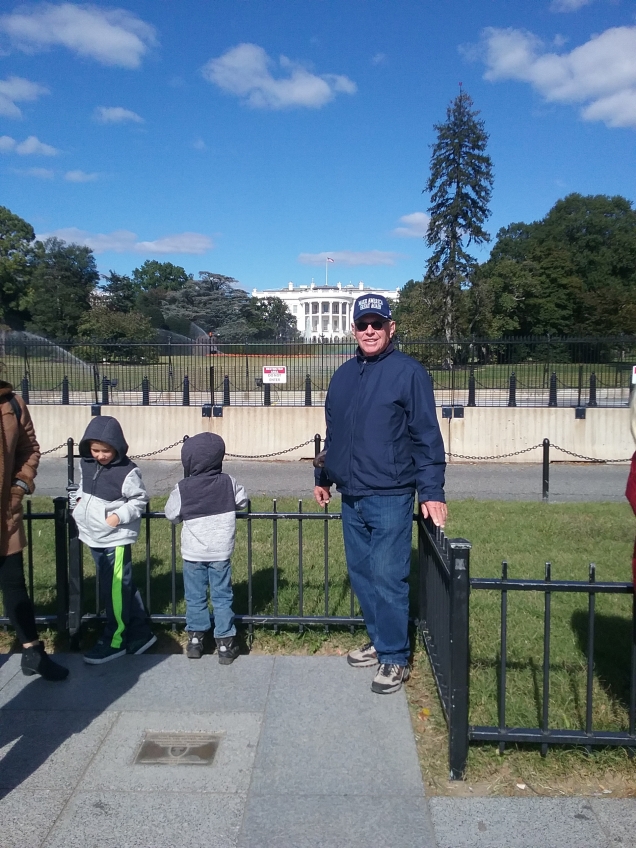 The sign says this is the White House Christmas tree…I thought they brought one in each year.

This is the Post Office that became a Trump Hotel on Pennsylvania Avenue.

For those of you who aren’t on Facebook and didn’t see this…I spotted Randy and Toni Martin as we were getting on a bus at the Lincoln Memorial. They were getting off. Randy and I worked together fifteen years ago. Quite a coincidence!!

SeeYa is holding up well!

I’m going to get this posted. I’ll do a blog later about our visit to Arlington National Cemetary. We were extremely impressed!

We’re having some difficulty finding good RV spots on the weekends. Everyone is having Halloween camping parties! We’re still calling places for the next two nights…wish us luck!