I’ve spent the last couple of afternoons getting the motor home ready so Gus will have a comfortable place to stay while he visits us for Christmas. Since we live in a tiny home, we have no room for guests, so Kip hooked the RV up to electricity and filled the tanks with water. It’s conveniently parked in the driveway. As I worked, I started thinking of some of the past Christmases we have spent together.

Many times, Mom and Gus flew or drove from California to spend time with us wherever we happened to live at the time. We moved from Denver to Texas in February of 1987. The Christmas of 1986 was unbelievable…No! I mean it really was unbelievable. 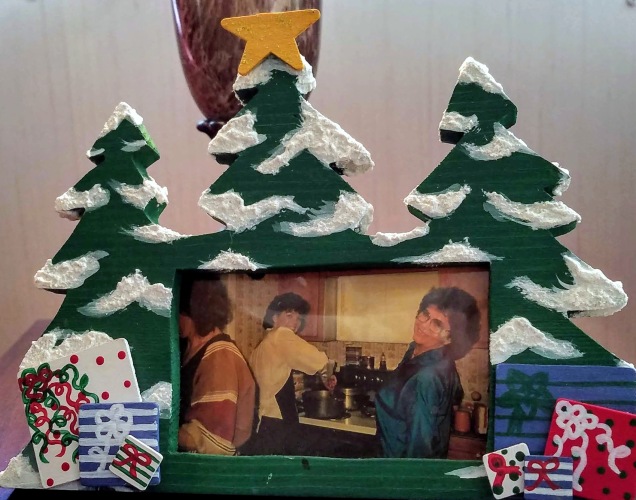 Mom and me cooking In our Denver Kitchen, Christmas of 1986.

I will start with December 23rd of that year. Heidi and her husband were blessed with a baby boy. That baby boy, whose name is Mike, will turn 32 tomorrow. He and his wife, Amber just remodeled their home, and they are expecting their second baby in April.

Anyway, Heidi, Heather, Mason, Craig, Heidi and Heather’s Mom, Dianne, Kip’s Mom and step-father, Hank, his sister, Karlyce, and my mom and Gus were all there for Christmas Eve and Christmas Dinner. We told the kids Christmas night that we were moving to Texas and that we were leaving the next day to look for a house. Grandma Retta and Grandpa Gus were going to stay with them. Here are a few things that happened beyond the birth of the baby and a house full of family.

Craig had asked Santa Claus for a gerbil that year. We told Gus that we had to hide the cage and gerbil for two weeks, changing it to different places so Craig wouldn’t find it. Santa would not have liked that. Christmas morning after the excitement of seeing what Santa had brought everyone died down a bit, Gus looked at the gerbil, by then named Raider, and said, “I can’t believe you kept that thing in the closet for two weeks.”

There was silence in the room. Craig acted like he didn’t hear Grandpa. He believed in Santa for a couple of more years. Like his mother, he milked it for as long as he could.

Christmas night, Mason, who was a 7th grader, and Craig who was in 3rd grade, were extremely upset when we told them we were moving again. I opened my big mouth and said, “Would you feel better if we found a house with a pool?” They cheered up so fast we just had to keep that promise. We got the house with a pool, but unfortunately, it was three months before it warmed up enough for them to swim.

The day after Christmas, after Kip and I left for the airport, Mom went into the kitchen and pulled the considerable amount of leftover turkey out of the fridge to make sandwiches for everyone. She left the room for a couple of minutes, and when she came back, our Airdale, Calamity Jane, had pulled the container off the counter and eaten every bit of the leftover turkey. Calamity was fast! 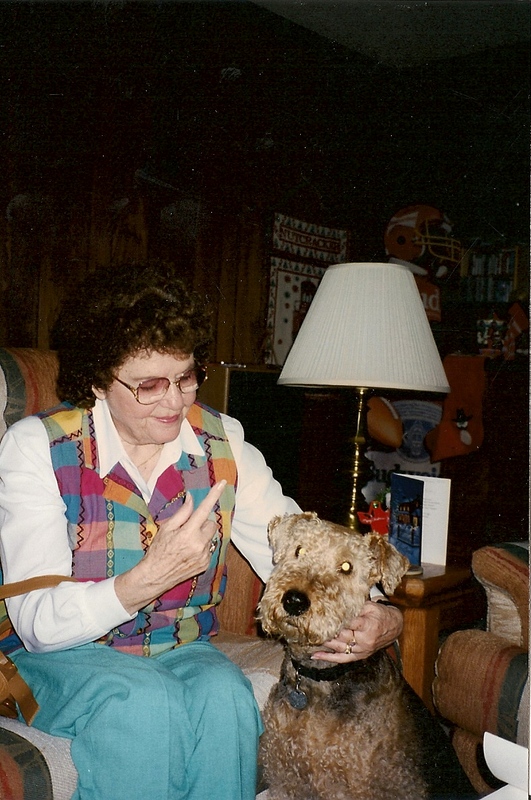 All the things that happened between Christmas and that actual move were another story, but at last, the house was packed up, and Kip and I each drove a car and followed each other to Texas. Calamity was sick, and we had to keep her separated from the gerbil because she wanted to bite it’s tail off when it would stick out of the cage. We would stop to let Calamity out and say things like, “Please, Please, it’s your turn to have Craig ride with you.” He talked none stop…it was a question a minute. Mason was much more fun to have as a co-passenger and helped take Calamity for short little walks in the cold.

When we got to Texas, we stayed in the Holiday Inn for two weeks while we waited for our house to get ready, I took the boys to school and picked them up each day. They kind of enjoyed swimming in their indoor pool and sometimes they got to order room service.

I’m sure while Gus is here, we’ll reminisce about that Christmas and the many others we have spent together. He spends Christmas with Billy and his family a lot, as well, and is usually at their house on Thanksgiving. 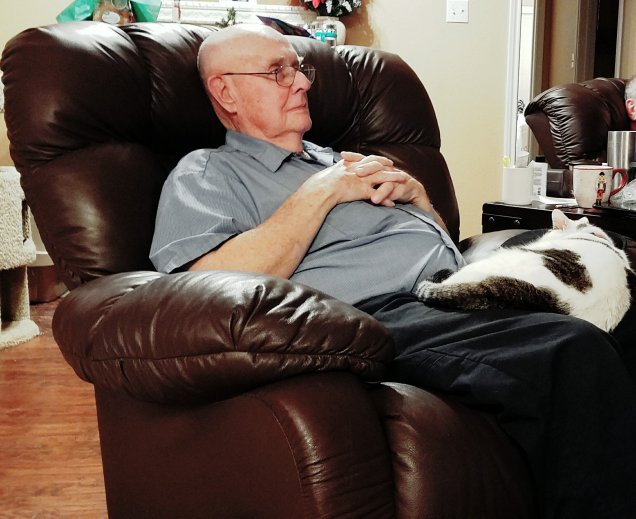 Chilling with Dollie a couple of years ago

I hope you all have a Merry Christmas and look forward to an amazing new year!! 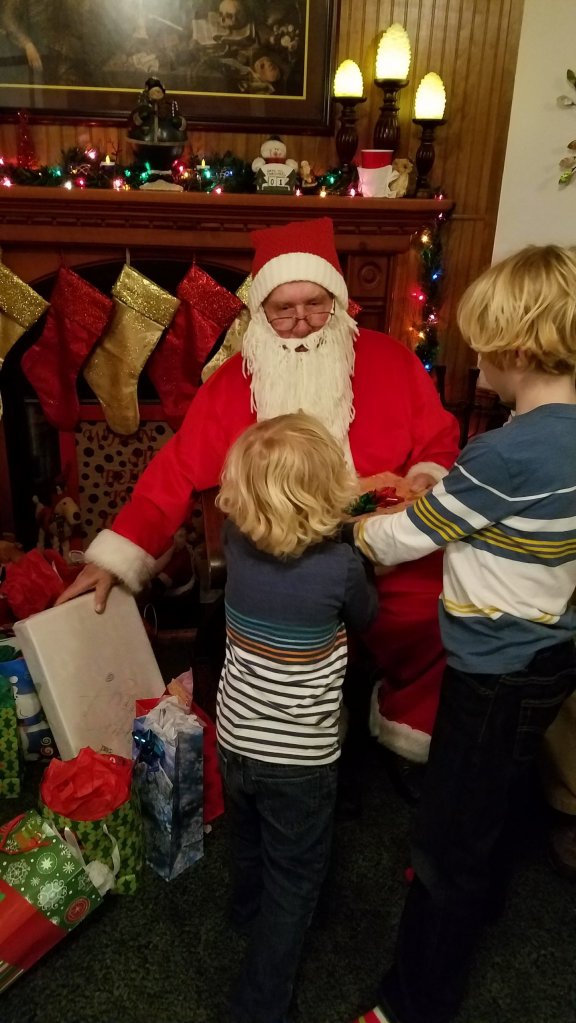 5 thoughts on “Murdo Girl…Christmas past with Gus”