After being notified by the local police that a body had been found at the swimming dam, W Spade et al, jumped into the El Camino and headed East. We catch up with them heading back.

Lav: How come I always have to ride in the middle? We need a four-door car.

MG: Would you rather ride in the back with the dead guy?

Lav: Hey Uncle W, how did you know there were two dead guys at the swimming dam? The police said there was only one who met his surprise.

W: They said demise, but I guess he probably was surprised when he got snuffed out by a boat paddle. That was the guy the police found. I haven’t figured out who turned this guy’s lights out yet…or how!

MG: There’s something fishy about this whole thing. You’re not even supposed to have a boat on this dam. It’s for swimming. Why would someone bring a boat out here and whack a guy with an oar?

W: You’re pretty sharp, MG, like your dad. You’re right…something is fishy. Plus the guy in back smells like seaweed. I wonder if he was fishing off the dock before the killer killed him?

MG: My question is why do we have him in our car? Why didn’t we just hand his body over to the cops. They already have the other one. I mean, if you already have one dead guy, what’s one more?

W: There is something I need to tell you et al…I knew both of the dead guys when they were still alive. In fact, I could be courting danger myself. I think I’ll pull my new cigar out and chew on it for a while. I’m feeling kind of jittery.

Lav: Hey Uncle W. where’d you get that new cigar? You said you only had one and you hadn’t lit it for ten years. It smelled like it, too.

W: Well, aren’t you a couple of smart cookies. I’m beginning to think you know too much. Maybe I should have Friday shut you in the laundry room while I get myself out of some hot water.

Lav and MG: Please no! Not the laundry room. Are the motel towels in there? Would we have to wash and fold all those towels? We can’t even put bleach in the water. If the towels look too nice, the tourists steal them. (MG’s parents own a motel and she and all her cousins have worked there at some point for $1 an hour plus a cinnamon roll.)

W: Well, okay. I’m going to stop by there, anyway. We need to put this guy on ice until I can figure out what to do. Is that ice machine still in the basement? If not, we’ll have to squeeze him into the pop machine.

So W Spade et al go back to the basement where they catch Friday napping. She wakes up when she hears them come in. 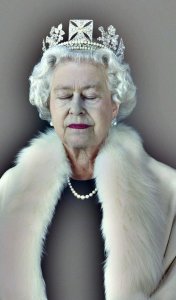 Friday: I’m still on across the pond time, she lies. You’ve had two phone calls, Mr. Spade. Both callers said I don’t think you know who you really are. They sounded sinister and smelled like seaweed.

Anybody pick up on that? Last I knew, you couldn’t smell someone over the phone. What is Friday’s deal? And why do all these clicks keep calling to tell us W is someone else? 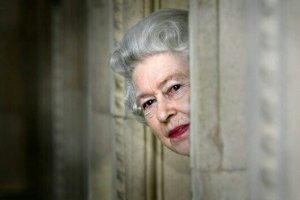 One thought on “Murdo Girl…Foul play”