I spelled potato with an e last night. I decided years ago not to spend my last $100,000 on a college education and sometimes it shows. I used to be able to spell most words, and add and subtract in my head, but those abilities went by the wayside. I can, however, remember a lot of the past.

Last week, I received something very special in the mail from Tammy Lindquist Van Dam. She sent me various annuals that were extras at the school. I’ve had a great time going through them and remembering all those bright young faces.

A while back I wrote about the doohickey that came loose and caused my hose to sag, which threw off my saxophone performance and resulted in my getting less than a superior score.

Well, you won’t believe this…

I often meet someone I find I’m connected to through family or friends. I have a few incredible examples. This is one of them.

The young man who accompanied me on the piano as I butchered my solo, was Sydney Iwan. I ran across his picture in one of the annuals Tammy sent.

In 1986, Kip and I bought a house in Richardson, TX. A couple of days after we moved in, the lady next door came over to introduce herself. When she discovered I was from SD, she said she grew up in Bonesteel, SD and was a family friend of the Applebees. We drilled down a little bit more and discovered the Iwans (not from Bonesteel) were her cousins. 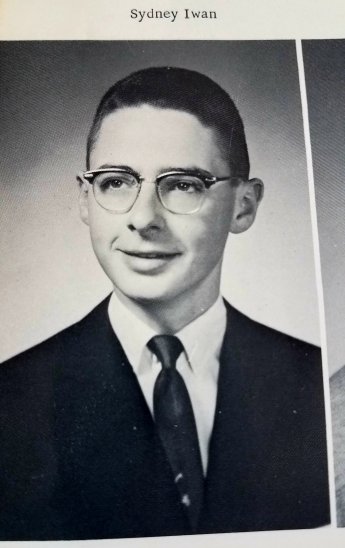 I told her that Sydney and his family lived across the street from the high school and he had accompanied me a few times when I played solo’s at music contests. (I didn’t tell her about the doohickey incident.) Sydney also accompanied different choruses and glee clubs. 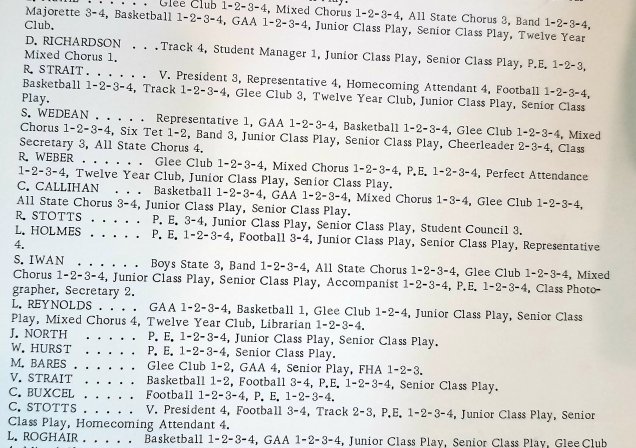 I wanted to show you a picture of Mrs. Peter’s, who as far as I know, is not related to any of the above. I had her all four years in English and English Lit. She was a great teacher. I’ve used her name for my password several times. Oh, look who is standing next to her…Pat Penticoff!

Anyway, as most South Dakota people would be, Judy and Everette were great neighbors. We lived next to them for ten years. You have to admit it’s rather remarkable that someone from Murdo, SD, a town of about 800 at that time, and someone from Bonesteel, which was probably equally as small, became next door neighbors in Richardson, TX. I think the Dallas metroplex population was about three million back in the eighties. It’s now twice that and Bonesteel and Murdo are less than 1000 combined.

I’ll keep going through the annuals.

10 thoughts on “Murdo Girl…Thank you, Tammy”