Well, I can’t sleep and I can’t snack because I have to fast for blood work tomorrow. I guess I’ll write a blog.

Billy took Gus to have a colonoscopy and an endoscopy today. Everything turned out fine and they went to In and Out Burger for lunch afterwards. That brings you up to date on any family health issues.

I will say I’m a little concerned about Billy. He woke up yesterday morning and his first thought was he had forgotten about taking Gus for his colonoscopy. He called him in a panic and Gus told him it was today.

This morning Billy woke up at four and called Gus to tell him he thought he’d better head that way because the fires were getting close to San Bernardino, which is where the hospital is and about an hour away from where Gus lives.

Gus said, “No Bill, the hospital is just a little ways from here. I’m not going to the one in San Bernardino.”

The nurse told Billy to stay with Gus for a couple of hours when he got him home because he would be kind of woozie. While they waited they called me and told me all of this…plus Billy said the nurse told him it was only going to take about 20 minutes so he settled in to wait. And then she said the whole process would be 3 or 4 hours so he left to go have breakfast. Billy and I are alike…waiting is not our thing. 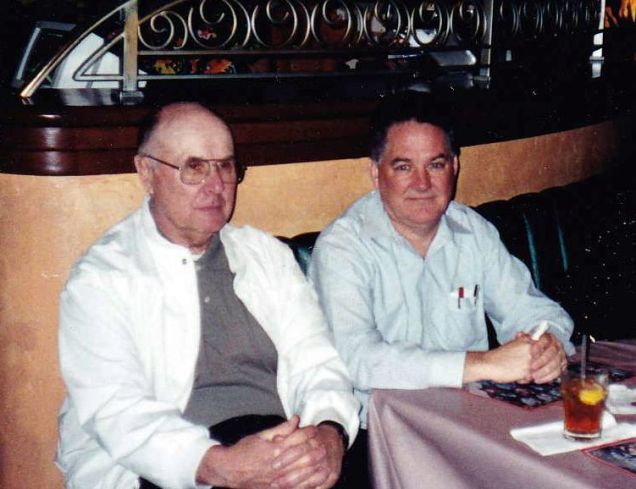 I decided we had better tell stories from the olden days while we were visiting and waiting for Gus to get unwoozie. Old people do much better talking about old times. We remember things better. At least we think we do.

I said, “Billy, who was that little kid who lived in Murdo and had all those enterprising ways of making money? He wasn’t very old, but he had a really deep voice and he always wore striped overalls.”

Billy remembered right away. “Are you talking about Georgie Skinner?” He’s the one who was selling newspapers outside of Cafe 16 for 5 cents. A tourist he approached said, “I just paid a boy down the street 10 cents for a newspaper. How do you make any money?” 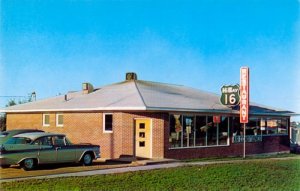 One day Ben Dykstra heard a knock at the door and it was Georgie. He asked if Ben had any work for him to do. Ben asked him how much he charged.

Georgie said he charged 25 cents for a small job and 50 cents for a big job. Ben thought of something Georgie could do.

I don’t know whatever happened to Georgie, but he’s probably a millionaire.

Can anyone of you Murdoites pick out Georgie from the picture I found in one of the annuals Tammy sent me? 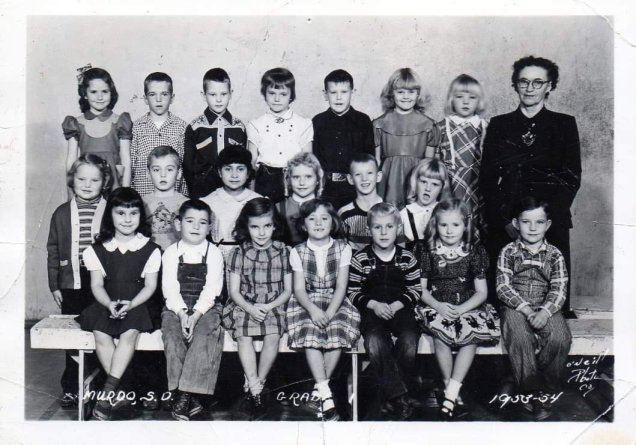 I remember all of the kids who had paper routes. Now that was a hard job. They had to roll all of those newspapers every day and throw them up on everyone’s front porch before school. I helped my cousin a few times on the weekends. Sunday was the worst. You had to put all of those inserts inside and those papers were heavy.

Have a great day. (What day is this anyway?)