“I had just taken her blood pressure,” the nurse said. “It was slightly elevated, but not alarmingly so. I got her morning meds ready, but she refused them. I think she knew she didn’t have much time and wanted to remain lucid. She took my hand and asked me to tell you something.

“I stood there in disbelief. She was gone. My mother was gone. I had never felt so alone. Somewhere in the background, I heard the nurse say she had called the doctor and the coroner.

“I have to see her,” I tried to say, but I wasn’t sure if I could be heard. I ran up the stairs and stopped at the closed door of my mother’s room. I reached to open it, but before I could, Jack grabbed my arm.

“Don’t go in, Kat,” he begged. “Please…we must wait for the doctor and the authorities to get here before disturbing anything in that room.”

I turned to see the nurse and Doris standing there… watching to see what I would do. I didn’t go in, but I stood guard until everyone got there.

Once the doctor and coroner had made the determination that my mother had died of heart failure, they let Jack come in. I guess, because he’s a crime scene investigator. I insisted that I go in with him. We each took one of Mother’s hands in ours and silently said our goodbyes. When I left the room, Jack was still with her.

We found no directives, so I decided to have a service for Mother at a small church near the Brewster house. That is where I intended to continue to make my home and I wanted her near me.

Before leaving Seattle, I asked Doris if she would stay on and care for the house and two dogs for the time being. She was very visibly upset over Mother’s death and I could see she was going to need some time to figure things out.

I agreed to let Jack fly me, as well as Mother’s remains back to Brewster, but only because I couldn’t bear the thought of arranging to take a commercial flight. Jack seemed very distracted the entire flight.

It wasn’t until I was home and alone with my thoughts that I remembered what the nurse had said. She told me Mother asked her to tell me something. I decided to try to reach her after the services. So much to do and think about in addition to dealing with an extremely overwrought, Stella. 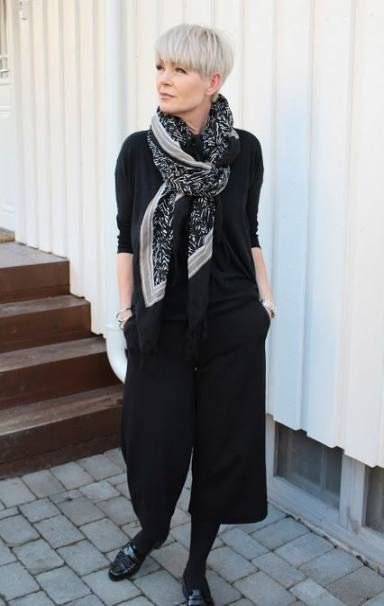 The service went well. I had asked Jack to invite the other members of their little group if he thought that’s what Mother would have wanted. Everyone came…even Annette Morris.

Jack asked if he could drive Stella and me home. We had barely walked into the house when a car pulled up outside. A man came to the door and said he was there to deliver an envelope to Ms. Kathleen Spencer. After signing for it, I laid it on the desk in the living room. I decided I would wait until after Jack left to look at the contents.

As he was leaving, Jack asked if he could see me the next afternoon. He expected to have his investigation into my mother’s death wrapped up by then.

“What investigation?” I asked. “My mother died of natural causes.”

“Don’t worry, Kat,” he said. “Claire was a good friend and I had to know for sure that there were absolutely no loose ends. We’ll talk tomorrow. You get some rest. I’ll show myself out.”

I made myself a cup of tea and walked over to the desk. I decided to take the envelope to my room and see if it contained anything that would require my immediate attention.

There was a letter from an attorney asking me to call his office at my earliest convenience. He further stated that since I was my mother’s only heir, the transfer of her property and other assets should be seemless once the paperwork was completed. My mother had taken care of everything.

I was putting the attorney’s information back inside the envelope when something fell out. I bent down to pick it up and discovered it was an old fashioned skeleton key. I looked through the entire envelope, but could find no reference to the key. I was too tired to contemplate any kind of mystery. It would all have to wait until I got some sleep. Suddenly, I felt exhausted.

The next day, I contacted the attorney and set up an appointment for the following week. Later, before meeting with Jack, I called the nurse hoping to find out what Mother had asked her to tell me.

“Oh yes,” the nurse recalled. Mrs. Spencer said, “You must tell Kathleen that the bench Trixie sits on in the kitchen needs fixed. Tell her to look it over closely and she’ll see what I mean. I don’t want her or Trixie to get hurt. Can you remember to tell her that?”

“She gave me those instructions, and then she just slipped away.”

After we hung up, I walked into the kitchen and saw Trixie sitting in her usual spot on the cushion. I scooted her over and removed the cushion to inspect the bench underneath. It was made from wood, but it all looked to be in good shape to me. I inspected each individual slat until I came to one that had a little give to it. I took a butter knife and worked it into the narrow space until the slat popped out, revealing a hollow space below it. I reached down inside and felt around until my hand touched what felt like a metal box. It took some work, but I finally got it out. It was heavy and about the size of a child’s shoe box. I couldn’t open it because it needed a key…a skeleton key.

I took the box and rushed upstairs to my room…I desperately hoped I could remember what I had done with the key. Was it still in the envelope with the attorney’s paperwork? When I located it, I found it was, in fact, the key to the box. Inside, among other things, was a letter to me from my mother. She was warning me…telling me who I could trust, who I couldn’t, and why. She also advised me exactly what steps to take to get Project Truth or Consequences back on track. The biggest surprise was that she was concerned about Jack.

“I’m no longer entirely sure where his loyalties lie,” she said. “But you’ll find out, Kathleen. I know you will.”

I wondered to what extent my mother knew of Doris’ involvement.

It was going to be interesting to see how it all unfolded. Had Mother hung on to the altruistic idea of Project T or C? Was it’s purpose still to be advocates for people who had been abused, mistreated in other ways, or wrongly accused?

My biggest question was, “Why must this group operate covertly?”