Arf really hadn’t contemplated moving. He rather liked his humans. Nevertheless, he had accidentally gotten trapped in a moving van. When the movers reached their destination and opened the door, Arf made a run for it and soon found himself out in the country near a river. He was getting pretty hungry and the only thing he could find was polka dotted animal food and bird food. Neither looked good, so he decided to look around a little bit more.

I see some cats over there. Cat food sounds a little better than what I’ve seen so far. Some cats don’t like me, but I’m going to have to take a chance.

I don’t think that black cat likes me, and I don’t see any food over here anyway. I sure do smell something good. I wonder if this place has a human. I usually only smell good food when there’s a human around. Wait! There’s a door.

Arf’s mouth was watering. He had to see where that good smell was coming from, so he went through the open door and found a plate of roast beef on a little table. It lasted about two minutes.

I ate the beef and the potatoes, but I left the beans for the human. I went back out the same way I came in. Now what was I going to do? Where would I go? How could I get back home? I’m a smart dog. I can fetch a frisbee, sit and lay down on command, but I don’t know how to get home.

As I wondered what to do, I saw an old woman working in the garden. I hid behind a bush and watched her for a while.

Pretty soon she brushed herself off and walked back to the house. She had a sad look on her face. I felt bad that I had eaten her beef. She looked like she might like me, so I came out from my hiding place just as she was walking up to the door.

“WHERE DID YOU COME FROM!” She yelled! “You scared me half to death. I must sit and calm myself down.”

Did she say sit? I wanted her to like me, so I walked over to her and sat. Just to add a little cuteness, I also held my paw up and smiled. Well, as much as a dog can smile.

She looked at me for a long time, but she didn’t smile back. I whined just a little. Then I laid down and put my head between my paws. If that didn’t get to her, nothing would. I whined a little one more time. Then I scooted over to her rocking chair. 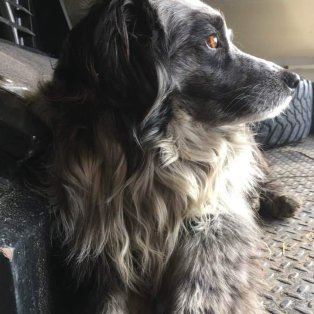 old lady sitting in her garden

Finally, she bent down to pat me on the head.

“What’s your name, fella? You sure are a pretty boy? I haven’t seen you around here before. Will you let me look at your tag?”

I didn’t know what the lady was saying, but she seemed nice enough. Why oh why did I eat her beef?

“So your name is Arf. It appears there is an address and phone number…Oh, goodness. This can’t be right. You can’t possibly be that far from home. Come inside and I’ll get you some water and something to eat. You must be starving to death”

Since she was going to find out I ate her beef, I thought about making a run for it, but it was getting dark and I decided I was just going to have to be on my best behavior and see what happened.

“Well Mr. Arf, it looks like you have already made yourself at home. I take it you don’t like my string beans.”

She had seen the plate. She knew I had eaten the delicious beef and the white stuff. Desperate dogs do desperate things. Now what?

“Well, you were most likely desperate,” she said.

“I’ll warm up some gravy and give you the remainder of the potatoes. Then, I will call the number on your tag. Somebody must be missing you.”

She liked me and she didn’t look so sad anymore. 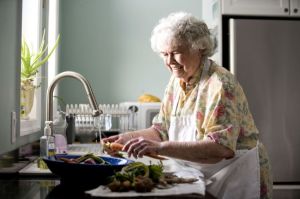