Steve knew his daughter and he sensed she’d had enough for one day. He never should have brought Dina with him to see Katie at the hospital. It was too soon. Katie wasn’t ready to deal with her mother coming back into her life. It wasn’t even that Dina was back in Katie’s life. She had left when her daughter was a small baby and Katie had no memory of her.

Steve suggested they leave Katie with Sam while they returned to the counselor’s office for further direction. The counselor said he had been afraid Katie might react as she did and advised them to give her some time. He suggested Steve return with Arf the next day..

Dina wanted to meet Katie’s doctors before they left, so they went to Dr. Philip’s office.

“Doctor Jones and I agree that Katie has been given all the tools she needs to learn to walk. There is nothing more we can do for her here,” he said. “There is no doubt Arf is willing and more than able to do his part. Now it’s up to Katie and the two of you. If I may offer some advise…I hope you leave the past alone for now and work together for your daughter’s sake.”

Steve and Dina said a quick goodbye to Katie before leaving. “It will just be Arf and me, tomorrow,” Steve said. “Your mother will come and see you after you’re all settled in at the ranch.”

This time Dina resisted rushing to Katie’s side. “I would love to spend time with you, honey, but only if that’s what you want. Just let your daddy know when you’re ready.”

The next morning Steve and Arf went by themselves to pick Katie up. Steve had never seen Arf so excited.

“The next few weeks are going to be critical, Arf. If Katie doesn’t show improvement soon, it’s possible she may never learn to walk.”

***I wonder if Katie has pulled herself up to her feet again. Has she shown anyone else she can stand up or just me? I can’t wait to see her. It seems like it’s been forever. I sure hope I remember all of the signals and commands I learned from Sam. I hope I remember how to dance and exercise Katie’s arms and legs.

Katie and Arf were excited all the way back to the ranch. Katie babbled about Brad, Jamie, Miss B. and Grandma Helen, but she never mentioned her mother.

“You will be busy catching up with everyone tonight, honey, but tomorrow, we are going to establish a schedule for you and Arf to work together.”

***That night. I got to sleep in Katie’s room. Right before she turned out the light, Katie said, “I’ve always known my mommy loves me. She comes to me every night and tells me while I’m asleep. She says she loves Daddy, too.”

***The next morning when Katie woke up, she had a really bad tummy ache. “Help me Arf,” she said. “I hurt so bad.”

I remembered how to help her get out of her bed and into her wheelchair. She remembered, too. I pushed her to the kitchen where Grandma Helen was.

It felt really, really good to help my Katie again.

Jamie, Brad, and Mark, the hired hand, had worked all day getting the furniture from the attic and the remainder of Jamie’s belongings moved to the farm. It had been a while since anyone had been inside the house, and it was rather dusty, but Jamie couldn’t help but feel excited about having her own farm.

Brad was surprised that he felt a twinge of disappointment. Between taking care of the farm and her job at the veterinary clinic, Jamie would be extremely busy. Too busy to help him find his brother, Tom.

Brad rode back to the ranch with Jamie and Mark followed with his truck. “You’re awfully quiet, Brad. You must have your mind on your brother.”

“I can’t believe I didn’t have the sense to check up on Tom while he was living with my aunt and uncle. I assumed they didn’t know he was the one who started the fire.” 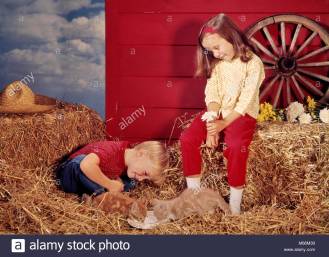 “I got the impression from reading the letters that Tom is the one who told them the truth. It also sounded like that was when they began mistreating him,” Jamie said.

“Of course. When they thought I was the one responsible, they treated me as if they hated me. They felt obligated to offer me a home, but it was really Tom they wanted.”

“Your mother and aunt were sisters. Am I right?” Jamie was doing her best to follow the timeline of the events that occurred before and after the fire.

“Yes, but they weren’t very close.”

“Forgive me for saying this, Brad, but it doesn’t sound like anyone in your family was very close. Did you spend time with your grandparents while they were living in the ranch house you now own?”

“Remember, my family didn’t live here. Neither did my Aunt and Uncle. I can only remember coming to see my grandparents a couple of times, but I never forgot the house. They never owned much land. I was barely sixteen when my parents and sister were killed in the fire. After that, I didn’t have a home and I didn’t have a family. All I had was a dream. A dream to own a horse ranch. It was much later that I discovered the ranch house was going to ruins and I was able to get ownership of it.”

“You’re an interesting man, Brad Holcome. I intend to help you find your brother as well as your aunt and uncle. They have some explaining to do.”