The morning after all of the “Will” issues were resolved, a very disappointed Miss Bessie decided at the risk of upsetting Alice, the cook, she would get breakfast started. 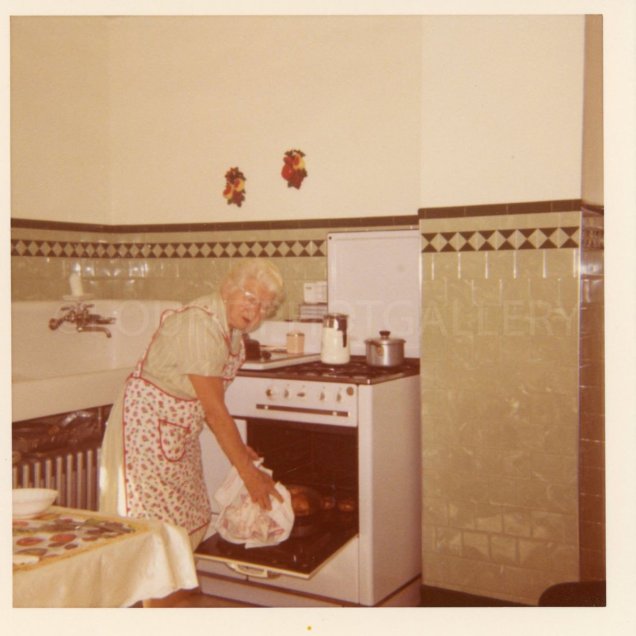 “I never,” she said. “Brad the same as kicked me out of the garden and his office. Now I have no idea what’s going on between Jamie and him. That’s why I snooped at that will in the first place. I wanted to know if Jamie was going to be in trouble…again. See if I ever try to help anyone out of a sticky situation…again.”

“Are you talking to anybody in particular?” Mark asked as he walked into the kitchen. “I don’t see another soul in here, but you.”

“Mark dear, sit down and let me make you a cup of coffee just the way you like it. You know, I have grown very fond of you, and you strongly resemble my late husband, Harold. It has crossed my mind that I might be your long lost mother.”

“My mother isn’t lost. Besides,” Mark added. “You never had children. What’s going on with you, Miss B.? You seem sort of melancholy this morning.”

“No one is up yet, so you don’t need to hurry yourself fixing breakfast. Why don’t you sit down and have a cup of this delicious coffee with me. I have to wait for Brad to finish inspecting the horse I’m delivering today.”

Miss B. wiped her hands on her apron and sat down across from Mark.

“I feel out of place here,” she said. “Everybody has someone to fuss over but me. Even Arf is spread so thin he doesn’t know if he’s coming or going. I miss my farm and the chickens and the cow, but it all belongs to Jamie now, and truthfully, I don’t know if I could live there by myself, again.”

“This might surprise you, Miss B., but I sort of feel the same way. I work on this ranch all day and then maybe come here for a good meal, but my home is the bunkhouse. Don’t get me wrong. I love the ranch and Brad is a super guy to work for. It’s just that some days I think I’m missing out on something. I know I am.”

Before Miss Bessie could say anything, the phone rang and she got up to answer it.

“Hi Jamie. You’re up early…Well, I’m pretty busy. There’s plenty to do around here you know, but I guess I have a minute. What can I do for you?”

When she got off the phone, Miss Bessie couldn’t wait to tell Mark about her conversation with Jamie.

“I’m desperately needed at the General Store in town. That old lady who has been there for years and years is retiring and they need someone to help out part-time. Jamie said I can work the days she goes into the vet clinic and I can ride with her. That way, I don’t have to drive. I’ll be the store’s egg head person I guess. After all, I sold eggs to that store for years. Jamie said I should try it, and if it’s too much for me, then they’ll just have to find someone else. I’m sure I’m more than capable of handling whatever comes up.”

Miss B. took off her apron and was on her way out of the kitchen, when Mark spoke up.

“Where are you going? I’m hungry now.”

“Oh, Mark. I’m sure Alice will be here momentarily.”

As Miss B. was leaving, Dina was coming in.

“Good morning, Mark. Have you seen Arf this morning? We’re getting ready to go to the hospice facility and we were planning to take him with us. I know the residents would enjoy a visit from him

“I haven’t seen Arf this morning. He’s not with Katie?”

It is rather strange, but he didn’t come to Katie’s room last night. She hasn’t seen him either.

You might give Jamie a call to see if she took him home with her. I know she’s there because she just called here and talked to Miss B. I’ll go check out his usual haunts around the ranch.”

Arf was nowhere to be found. No one had seen him since they all had the big meeting in Brad’s office the night before. Brad and Tom had parted friends, but it had been pretty tense for a while.

***I know I was supposed to go somewhere with Katie today, but something came up last night, and I thought I could help more somewhere else. I don’t know Tom well enough to understand him, but I can sense fear in someone’s voice when I hear it. When he left the ranch, I decided to go with him. He doesn’t know it yet, but I hid under a tarp in the truck bed. I stayed here all night except for when I had to find some water and do my business. Here he comes. Wherever he’s going, I’m along for the ride. I wonder why he’s dressed so funny. 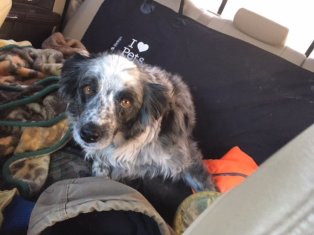 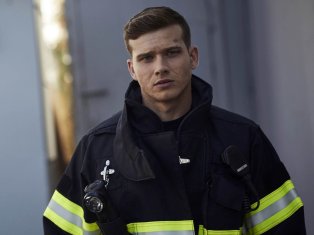 The crew was making a water drop when it was asked to rescue a stranded group. The pilot, Tom Holcome headed that way despite dwindling fuel.

Holcome’s copilot said when they reached the area he saw lots of smoke as well as some people and dogs on a mountain peak. He said the blaze was moving in the direction of the peak where the people were located and the entire area was engulfed in smoke. 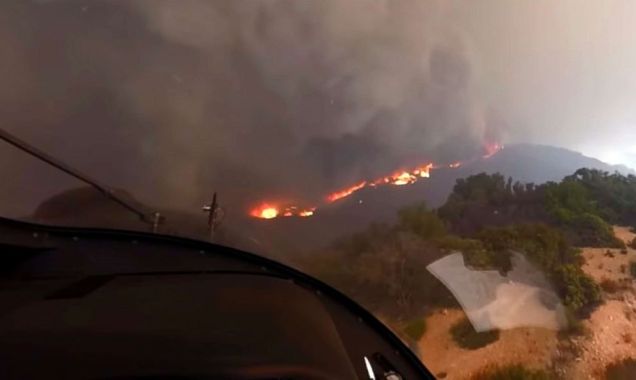 With smoke darkening the sky, the pilot and his crew hunted for a landing spot. They finally found a tight and tricky place on top of a ridge and were able to land.

Fire Rescue Pilot Tom Holcome turned the controls over to his copilot and he and the stowaway dog got out to help the people and their dogs, who were terrified of the airplane. The pets had to be coaxed by the firefighting dog to get on board. Apparently they finally trusted him enough to follow his lead.

It was later reported that the fire had burned over the mountain peak almost 10 minutes after they left.

Asked about the stowaway, firefighting dog, Mr. Holcome said he had visited his brother the night before and the dog, whose name is Arf, hid in the truck bed all night. Arf showed himself when they got to the remote airport and were ready to board the plane.

“When we go on a fire and rescue mission, we have no idea if we’ll be gone hours or days,” Mr. Holcome said. “I had no other choice than to bring him with us. It turns out he was a blessing for us as well as the dogs and people he helped save. I’d say he’s pretty brave.”