The minute Brad met Jamie’s parents, Clyde and Clara Langford, he knew they were all going to get along just fine. Mrs. Langford was tired from the trip, and as a result of her recent stroke, she was having some difficulty speaking and walked with the aid of a cane. Even so, she appeared to be a cheerful person. Clyde had a slightly different way of expressing himself that might take some getting used to, but he seemed like he would be an amicable guy to have around.

A Cheerful Casual Old Man Giving a Thumbs Up

“We have a place all ready for the three of you, and you’ll probably be happy to know it’s on the first floor,” Brad told them when they got back to the ranch.

“That’s good,” Mr. Langford said. “I have a unique problem. I have a tendency to fall up the stairs.”

“Daddy, I think we should let mother lie down and rest for a while before supper. Brad, can you show us where our rooms are?”

“Sure, I’ll grab a couple of bags and have Clark bring the others in a few minutes. I really hope you’ll be comfortable in this little suite of rooms.”

“I’m sure Mrs. Langford is looking forward to lying down on that magical place where suddenly you remember everything you’ve forgotten…the bed,” Mr. Langford said.

“Brad I’ve never seen this part of the house before.” Jamie was more than a little impressed. “It’s absolutely gorgeous.”

Mr. Langford walked through the rooms without saying a word. After he had seen it all, he stood next to his wife and looked at Brad. “I don’t know if we can accept such generosity, Brad. Mrs. Langford and I are used to living in a very modest home. We’re not destitute by any means. We have enough money saved up to last us the rest of our lives…that is if we die by four o’clock.”

“When I added on and remodeled this house,” Brad said. “I had no idea why I wanted it to be, well…  so massive. I think deep down I was hoping It would one day be filled with people that felt like family to me.”

“A man doesn’t know what he knows until he knows what he doesn’t know, and now you know what you didn’t know,” Mr. Langford said rather philosophically.

“Right,” Brad said. “I’ll go get Clark and we’ll bring the rest of your bags to you. I’ll knock on the door Jamie.”

Mrs. Langford had supper in her room, but everyone else ate together at the large kitchen table. The house had a formal dining room, but everyone preferred eating in the kitchen. Miss B and Grandma Helen especially liked it because they didn’t have to miss any of the conversation. The two ladies were serving desert when the phone rang.

“I’ll get it,” Miss B said. She loved to answer the telephone. 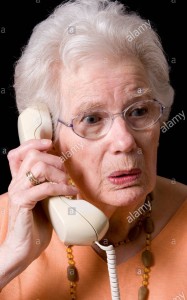 “Clark, there is a woman on the phone who says she needs to talk to you. She called you Butch. That must be your nickname.”

Miss Bessie must have forgotten that she’s the one who named him Clark.

“Let’s go to my study, we can talk without interruption there.”

Annie was thankful that she happened to be in the study watching squirrels out of the window. Clark seemed very upset.

She was his designated dog friend, and after listening to the conversation, she knew he needed her more than ever.

Clark confided in Brad that his mother called to warn him. His father was very close to finding out exactly where his son was living. He knew the little airport that Clark had flown into and it was only a matter of time before he discovered that he was residing at Brad Humboldt’s horse ranch.

“Why is it important that he doesn’t know where you are? “Brad asked. “I thought he had basically thrown you out and told you that you had to fend for yourself. I can tell you’re afraid…Why?”

“I didn’t tell you the whole story,” Clark admitted. “I was told to find a cheap place to live and get a job right there. I was supposed to give them money every week. Mamma is the one who gave me the two hundred dollars. She had saved it up little by little and had it hidden away. She told me to get as far away from there as I could. I was about to pay her back.”

“How were you going to come up with two hundred dollars?” Brad asked. “I haven’t paid you anything.”

“I was going to sell my guitar. I figure it’s worth about five hundred dollars. I just hate to sell it. It belonged to my grandpa.”

Clark walked over and leaned down to pet Annie. She licked his hand and looked at him as if she understood.

“Daddy will drive all the way here and cause trouble. I just know he will. He knows Mamma must have given me money and he never has wanted me to have that guitar. Brad, can I take the truck to town tomorrow after I do Jamie’s chores? I already know there’s a place there that will buy my guitar.”

“There’s no need for that,” Brad said. “Are you sure your mamma is okay? It sounds like your father is really angry.”

“She said she’s okay, but he’s started to treat my little brother just like he treated me.”

“Pack a bag, Clark. We’re going to fly there tomorrow. Hopefully, if we fly, we can get there before he finds out your here and heads this way. I take it there’s a place where I can rent a car. I assume your airport is as small as the one here.”

Annie couldn’t tell if Clark was relieved or worried or both. She followed him to his room and watched while he packed his bag. What she didn’t know was that Clark was confused. He didn’t want to cause Brad any trouble, yet he trusted him to help his mamma. In the end, he took out his guitar and played his mamma’s favorite song, In the Garden. He closed his eyes and began to sing, “I walked through the garden alone…”

Down in his study, Brad was formulating his plan. He had to be smart about this. Clark was only sixteen. He wasn’t legally an adult, yet. He picked up the phone and called his attorney.