Later that night, Arf and Annie were lying in front of the window in Brad’s study. It was too dark to see any squirrels, but since most of the important conversations go on in the study, they like to spend a lot of their leisure time by the squirrel window. 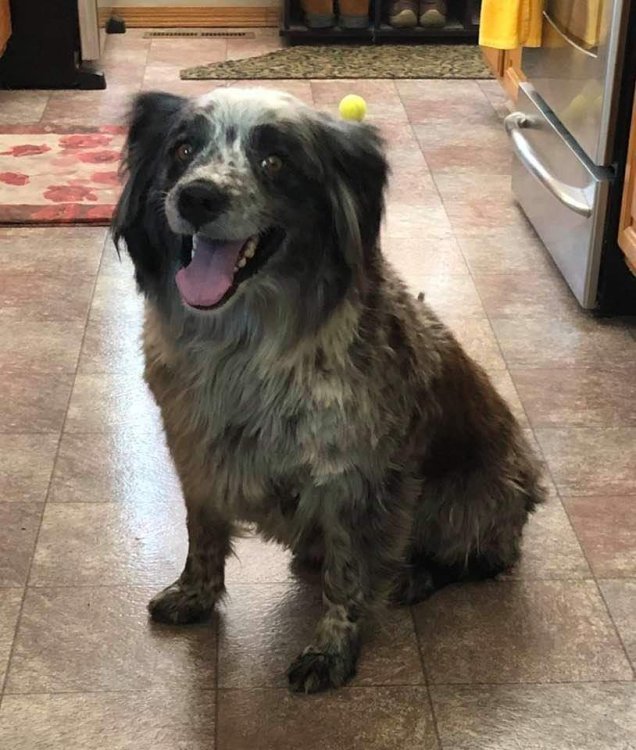 Arf: I’m a little worried about Brad and Clark going to confront Clark’s father without one of us being with them. What do you think will happen?

Annie: You were doing something with Katie, but I was in here last night after Brad told Clark to go pack. Brad called his attorney. He got some good advice from him, but I don’t know if he’s going to take it.

Arf: I suppose you’re not going to share what you know with me. You make me crazy Annie.

Annie: I just love it when I reach a goal. Anyway, if Clark wants to be on his own he has to do it legally. He has to be emancipated. Until then, if his father wants him to return home, Clark will have to go back and stay there while all the legal stuff takes place.

Arf: What do you think Brad will do?

Annie: That’s the part I can’t tell you… mainly because I don’t know.

Clark couldn’t believe he was going back to the last place in the world he wanted to be. He also knew that no one would be more surprised than his daddy, and no one would be more filled with anger. His father didn’t like outsiders involved in family business. Brad would have a fight on his hands.

What Clark didn’t know was that Brad was prepared. Clark’s father was going to learn that making people fear you was not the right way to motivate them. It was the cowards way.

When they arrived at the small airport, they were able to rent a car and they drove straight to Clark’s home.

“Daddy’s car is gone. I hope he’s at work and not on his way to the ranch,” Clark said.

“Me too, “Brad was counting on it. “Let’s go and see who is here.”Clark opened the door and called for his mamma. A plump little haggard looking woman came running. She had tears in her eyes as she hugged her son whose given name was Butch.

“I’m so happy to see you, son, but you shouldn’t have come back. I fear it will rile your daddy up even more than he already is.”

“Mamma, this is Brad Humboldt. He’s the fine man who has given me a home. He owns a horse ranch.”

“Pleased to meet you, Sir. I thank you for helping Butch out. I’ve rested easier knowing he has had a roof over his head. Least wise until the last few days.”

“Please call me Brad, Mam. Do we have time to talk before your husband gets home?”

“He’s at work isn’t he Mamma? He didn’t head for the ranch did he?”

“He left for work, same as usual, but he’s been saying he’s going to find you and bring you back here. He says you’re making him look like a fool that can’t take care of his own.”

“Mam,” Brad interjected. “A lady at the ranch renamed Butch, Clark, so you may hear me refer to your son here as Clark. Anyway, Butch has told me about your circumstances and I would like to help you and your children, but first, I need to talk to you and your husband. Do you think he will agree to that?”

“You can ask him yourself, Clark said. “I see him pulling in.”

Brad looked to see a thin man with a scowl on his face come through the door. He carried a lunch bucket and he was covered in coal dust. He looked at everyone in the room and walked right by all of them. Without saying a word, he went to the kitchen sink and began washing up. When he was finished he turned to his wife.

“When Mike gets home from school, send him to my workshop…and I expect the man here who brought Butch back to be gone when I come back in for supper.”

“I have something I’d like to say to you, Sir.” Brad extended his hand but the gesture was refused. “I was hoping you’d hear me out. May I come with you to your workshop?”

Back at the ranch Arf and Katie were waiting for Katie’s mom, Dina, to take them to the research hospital. They were hoping to continue working together to further Katie’s abilities to strengthen her legs and improve her balance. They had an appointment with the doctor and the physical therapist that afternoon.

Dina was working with Jamie’s mother, Mrs. Langford, who had recently had a stroke. Dina had been really excited when Brad had asked her to take over Mrs. Langford’s care. In fact, she was so involved in what she was doing, she had lost all track of time.