When Steve and Dina got to the gas station, they were relieved to see that Mark was there filling up his truck before making the trip to deliver two horses to the new owner.

Arf: I was sitting in the front seat when I saw Steve and Dina pull up. They must have figured out that I had a suspicion that Katie was in the human part of the horse trailer. I wondered if Katie was looking out of the window and could see that her mom and dad had caught us. I don’t usually get into trouble, but I was smart enough to know that my string of luck was about to come to an end. I watched as Steve and Mark talked. I was waiting for them to look inside the horse trailer, but they didn’t. When they finished talking, Steve and Dina left and Mark got back into the truck and we continued going down the road.

A couple of hours later, Steve made another stop at a roadside park.

“Are you hungry Arf? I have some sandwiches inside the refrigerator in the trailer. I’ll get them and we can grab a bite at one of those picnic tables.”

Arf: I tried to act excited when Mark let me out of the truck. I wasn’t sure what I was hoping for… that Katie was in the trailer, or that she wasn’t? In the end I decided I wanted her to be there. I wanted to know that she was safe. I still didn’t know why Dina, Steve and Mark hadn’t looked for her in the trailer.

Mark went to get the sandwiches and when he opened the door, Arf heard him say, “Well what do we have here? A little girl that looks a lot like our Katie. What would Katie be doing hiding in my horse trailer?”

“I wanted to get away from everyone and I can’t drive,” a little voice said. “May I please have a sandwich. I didn’t have breakfast and I’m pretty hungry.”

Mark handed her half a sandwich and gave Arf the other half. “I also got us some water,” he said as he handed Katie a bottle and poured some into a bowl he had brought from the truck.

“Can you tell me why you felt the need to runaway from everyone?”

“Daddy wants to move away from the ranch and Mommy doesn’t. I don’t want to go, but I don’t think Daddy will let me stay and I don’t want him to think that I love Mommy more than I love him, because I don’t. I love them the same. So what do you think Uncle Mark? What should I do?”

“I’ll tell you what I think, honey. You’re still pretty little and you have to trust your parents to make the best decisions for you. They love you and of course they want what’s best. What I’m saying is that it’s not your decision to make. Even if one or both of them leave the ranch and they decide you should leave, too, it won’t be the end of the world. Trust me…you will be just fine. You’re one strong little girl….So, when are you going to show old Uncle Mark this big performance I’ve been hearing all about?”

“How about Arf and I show you how much better we can dance now? Come on Arf. Let’s dance.”

Right there in the park, Arf and Katie danced to a tune sung by Katie. She was laughing and moving with ease and grace and Arf was right there beside her doing his part with his four left feet. When it was over, Mark had happy tears rolling down his cheeks. The little girl he was watching was a true miracle. 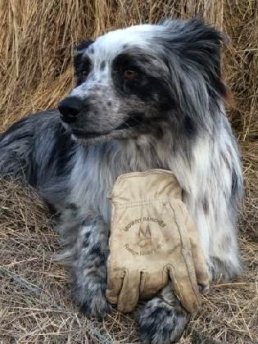 When they got back to the ranch that night, Katie’s attitude had changed. She apologized to her mommy and daddy and told them she would do whatever they decided she should do.

It turned out that Mark had a way of knowing that Katie was in the horse trailer before he saw Steve and Dina at the gas station. When they talked, he convinced them that it might be good for her to get away from all of the drama for the day and they had agreed.

The day also gave Steve and Dina the opportunity to do some serious talking. They were able to discuss what each of them wanted in life. They realized they couldn’t expect Katie to make or break their relationship. Steve came to realize that he had been rushing Dina and agreed to give her more time. He would still lease the farm, and though it wasn’t the ideal situation, Katie could spend part of the time at the farm and also spend time at the ranch. They truly believed they could work it out. At the very least Dina and Steve had become caring friends with a great deal of respect for each other…and they both adored their daughter.

If Jamie was willing, Steve would take over the chores at the farm when Clark started school and he would move in two months. He had big plans to buy more livestock and maybe a horse for Katie. He had given her a few riding lessons and she seemed to be a natural. 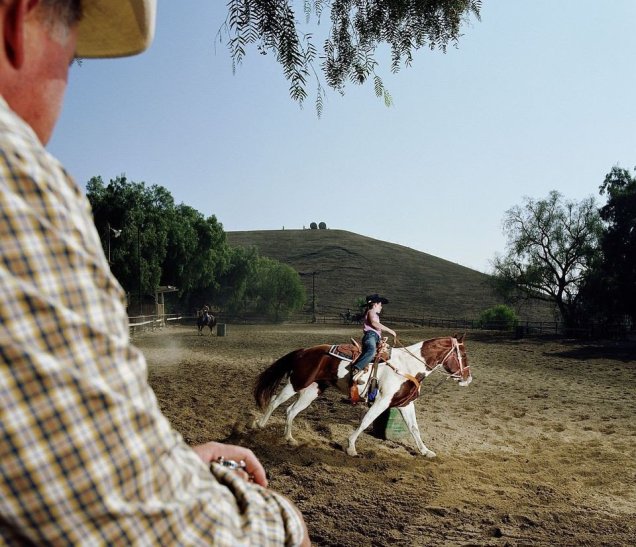 Dina was really enjoying working with Mrs. Langford who was on her way to a full recovery from her stroke.

Miss Bessie and Grandma Helen were happiest when the whole family was sitting around the table for the evening meal. Tonight, they were missing Brad who would be home in a couple of days. As they looked around they noticed there was one other empty chair.

“Has anyone heard from Jamie?” Miss Bessie asked.

Just then, the phone rang, and Miss Bessie rushed to answer it.

“Hi Miss Bessie. I called to let you know that something has come up and I won’t be home for dinner. In fact, I might be pretty late. Tell my parents not to worry.”

“Are you okay, Jamie? You haven’t been in an accident have you?”

“No, Miss Bessie. I haven’t been in an accident or anything like that. I really can’t give you more details right now. Just know that I’m fine. In fact, I’m better than fine.”