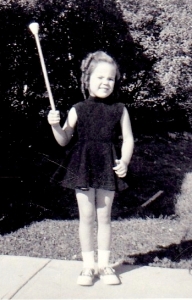 Yram Sicnarf, the crack up reporter from Gun Barrel City, TX, is back in town. She sure is a tenacious one. (Tenacious means she’s hard to run out-of-town.) Rumor has it she’s here to put a team together for Murdo Girl. There is no word yet as to what sort of team. As you all know, she can’t play basketball or ski, and she still swims with Pink Sandy’s “rope-can” tied around her waist. The word on the street? She’s on her way over to see Mr. Palmer. The music man himself. Let’s see if we can listen in. 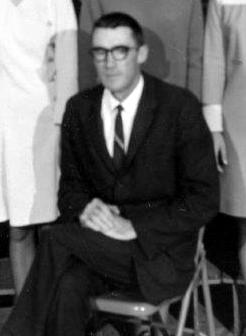 Mr. Palmer and a small group of superior soloists. Those 5th grade bangs just won’t go away. Elaine and I were freshmen

Yram Sicnarf: (puffing), morning (pant) Mr. Palmer, mind if I fall…I mean sit down? Those stairs are wicked. I don’t see how all of your crows can make it up to this nest.

Mr. Palmer: Well if it isn’t Yram Sicnarf. You’re late. I thought I heard you come in. It took you fifteen minutes to get up the stairs. You’ll have to make this interview quick, I’m giving someone a saxophone lesson soon.

Mr. Palmer: What kind of team? If I remember correctly, she went through her Murdo High School sports career like a bottle of castor oil. The last time she played a saxophone solo, she got distracted by an item of her clothing. I felt sorry for Syd Iwan. He was playing the piano perfectly. He was beside himself trying to figure out what was wrong with her. It was almost as bad as the time Terri Iwan was playing a solo. Her knees were knocking together. They made so much noise, Syd started playing the accompanying music in double time. Come to think about it, I believe she got a superior plus.

Yram: I see what you mean Mr. Palmer, but no worries. She wears “Hillary”  pantsuits now. (Note to Terri. Do not take any calls from Mr. Thune regarding speaking at a coronation.)

May I continue? Are you aware of the grass-roots movement to get Murdo Girl to run for President?

(The sound of crickets. They seem to follow this crack up reporter everywhere.)

Mr. Palmer: Just how much grass does she have in her roots?

Yram: Um, let’s see… So far, just two cousins from out-of-town, but we feel you Mr. Palmer, can be a very integral part of her campaign. I was thinking “Marching Band.” That would be right up your alley. 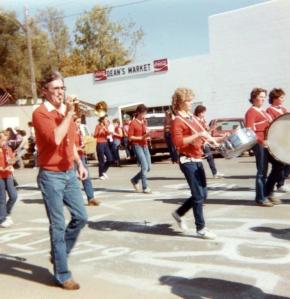 Mr. Palmer: Not MY alley. I doubt many of the Murdoites would want her marching up their allies either. No thanks crack up, I’m busy that day.

Yram: You’re missing the “big” picture Mr. Palmer. We’re going to beat The Donald at his own game. We are petitioning to have the Murdo Water Tower renamed. It will be Murdo Girl water Tower. We’ll march your band past Murdo Girl water Tower.By the way can you play the saxophone in the parade? A Trump(et) just won’t send the right message. 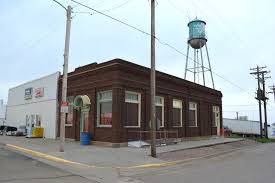 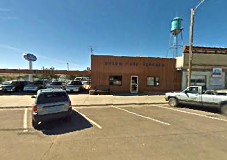 Wait!! This is even better!! There are 2 towers now…MURDO GIRL water TOWERS. Eat your heart out Donald with your Trump Tower without an s.

Yram: You haven’t heard the thing that’s going to be the headline in the next edition of:

Whuoh…The platform. Murdo Girl will have to come up with a platform for her race to the top. Will she have to stand on the very same miserable piece of wood she almost fell from during her now famous “Address to the Alumni” speech? Will she have to decide if she wants to be a Donkey or an Elephant? A Coyote..That’s it, she’ll be a Coyote!

Will Mr. Palmer agree to the marching band? Will he help Murdo Girl raise some campaign funds? Will he get off that stupid platform before he falls off?