Murdo sure looks different without very many people in it.  It’s unbelievable that so many went to find so few. I’m thinking everybody just wanted to vacation in the hills. They all said, “Well if so and so is going, then I’m going.” The only people left behind are Barney, Barnella, Thelma Lou, and of course, Yram. She couldn’t go because of all the people who have restraining orders against her. Making sure she wasn’t closer than 500 ft. of them would have been a logistical nightmare. The Buffalo Bar is open, but that’s about it. I almost forgot. The bodyguards stayed behind to guard The Brick House. Let’s go on over there and see what’s happening. Looks like Bart, Smart, and Braveheart are making the rounds. Barnella and Yram are in the break room, and what??  Lav and Jerry are there too!

Lav: What are you doing here Barnella? I thought you’d be over at the Harold Thune Auditorium for the pancake supper. Isn’t it a Barney and Barnella birthday bash?

Barnella: They cancelled it when everybody left town. They gave us a $15.00 Starbucks gift certificate. Do you know what a Starbucks is?

Jerry: Yup Lav, if anybody would know about simple, it would be you. Why didn’t you go with everyone to find the Queen and Sherri?

Lav: Because I’m the Designated Survivor. If Next Pres Murdo Girl gets mowed down by Falling Rock, I will be Next Next Pres. Why didn’t you go Jerry? Even a bean counter needs a break. I guess now that Super Value has a machine that counts beans and spits out quarters, you’re not really what you call “Essential Personnel” anymore are you? Hey! When the guys get done making the rounds, do you all want to play some poker?

Barnella: Not me..I’m broke. What I need is a job. Oh great..Here comes Yram. I wonder where she’s been? There aren’t too many places she can go anymore.

Yram: Boy do I feel haggard, sad, and defeated. I have never been so bummed out. I wanted to go to the Nemo cabin so bad..I love that place. Now it’s just a hideout for Queen captors. What is becoming of this world anyway? I don’t know what to do. I can’t even go back to Gun Barrel City.

Jerry: Why can’t you go back to GBC, Yram?

Yram: Too many restraining orders. It would be a logistical nightmare. Hey, I’m hungry. Would one of you go over to the pancake supper and bring me back some pancake’s? I need some comfort food.

Lav: No can do Yram. They cancelled it because everyone left town. We’re all hungry. Hey! is there still some tax money left? We could grab a handful and go eat a steak at the Buffalo Bar. A steak and a baked potato.

Yram: And a salad! A steak, baked potato and a salad!

Jerry: Quit it! Just Quit it! I’ll go see if I can find some funds. Be right back! If Smart, Bart, and Braveheart get back, tell them to stick around. They can give us all a ride out there in the Jeep.

Later that night… The bummed out bunch return to The Brick House. They have a police escort.

Lav: What does it mean to be under house arrest anyway? Barney didn’t exactly explain it too well.

Jerry: Look at the bright side. At least we don’t have to wear ankle bracelets like Bart, Smart, and Braveheart.

Yram: I’m starting to feel really claustrophobic. I think I’m going to hyperventilate. Does anyone have a paper bag I can breathe into? My career is over. How can I be a crack up reporter if I can’t go anywhere?

Lav: Now Yram, don’t overreact. Maybe you can just call people and invite them over. I’m sure there’s still a few people out there who’ll still talk to you.

Yram: Sometimes I wish you weren’t one of them Lav. This is all Barnella’s fault.

Lav: Now Yram don’t blame her. Who knew the Buffalo Bar wouldn’t take a Starbucks gift certificate? It’s Jerry’s fault for not remembering where he put the tax money.

Barnella has been sullen and quiet through all of this. She’s feeling bad because her twin brother Barney is mad at her for stiffing her bill at the Buffalo. She looks out the window and sees a bus pull up.

Barnella: Well, Pico, Sherri the Photographic Drawer, and a bunch of Murdoites are back. I don’t see Next Pres Murdo Girl or the Queen. TC, DM, and Carol aren’t with them either. Where’s A I? Where’s Treason??

Meanwhile back at the Nemo Cabin… 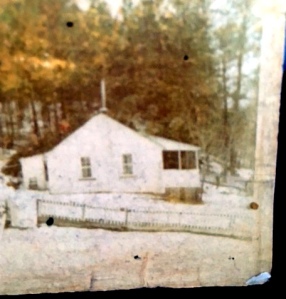 Murdo Girl: So do you want to play in the creek today, or cops and robbers in the Forrest?

The Queen: Look who’s coming up the road? Just in time for tea.

Murdo Girl: Oh no! Just what we don’t need. A Town Crier that cries all the time and Carol the singer. If I hear “I did it My Way” one more time, I’m going to hurt her!!