First of all, I would like to say a big Happy Birthday to my friend and former classmate, Eddie Jackson. He and his wife Mari have been loyal friends of the Murdo girl blog and me. Eddie wrote stories about growing up on a ranch west of Murdo and the challenges of moving to a town school after going to a country school. His older sister was Connie Jackson. She was the person I wanted to be like. Eddie’s memories are a big part of Connie’s Story, a book I wrote about an angel and a little girl. 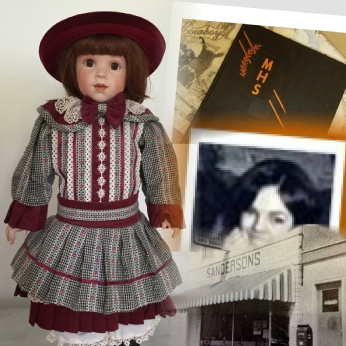 This is one of the stories Eddie wrote describing a memory he had about an adventure he shared with his sister, Connie. For the purpose of our book, it is written as if it was told from Connie’s perspective.
There was a Willys jeep on the ranch where my family lived, the small type like you see army officers running around in during movies. It had a canvas top and vacuum driven windshield wipers. Many times we would be going through muddy pastures and mud and water would be splashing on the windshield, and when you needed the wipers most, you were driving blind because you were trying to power through the gumbo. You would have to briefly let up on the gas and let the wiper make a swipe and then you hit the gas before you came to a stop or you would probably be stuck.
One day Dad had to go out in the hay field and work on some machinery, and he took my little brother Eddie and me with him. We were probably five and seven, maybe a little older. All I know is that I could not sit in the seat and reach the foot pedals. I decided I wanted to take the jeep for a spin, so I had Eddie sit on the floor and I instructed him on how to run the pedals. I was going to steer and shift gears, while standing on the seat. We had it planned out how Eddie would push in on the clutch and I was going to shift gears while he kept pushing on the gas pedal.
I got the jeep started and Eddie was pushing on the gas pedal and away we went. I was telling Eddie to push in the clutch, but he looked back and Dad had run and jumped on the rear bumper. He was yelling, “Do not push in on that clutch!” Eddie didn’t do it and he also took his foot off the gas. The caper was over. We didn’t get into trouble that day for taking off in the jeep. I think Dad was pretty sure we wouldn’t be trying it again anytime soon. 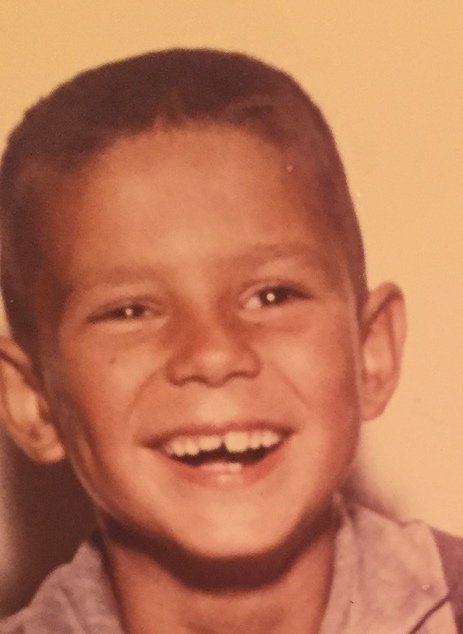 Eddie and I were Homecoming King and Queen in 1969 and graduated together in 1970. We didn’t see each other for over forty years. 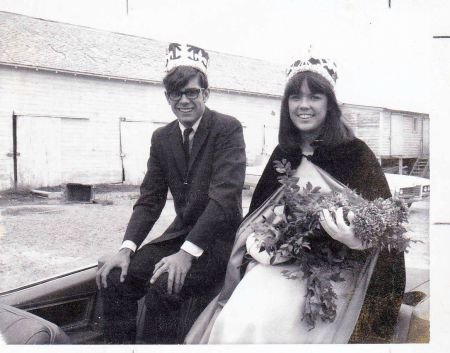 Through a series of events, Eddie, Mari, Don Edwards, and my cousin Valerie all met up at the 2016 Murdo All School Reunion. We had a blast… and now, we stay in better touch with each other. 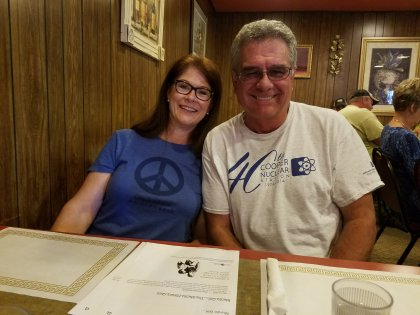 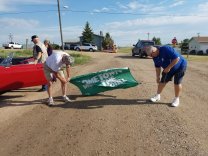 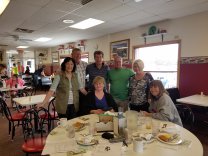 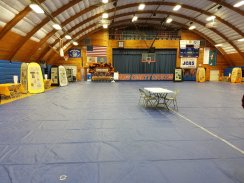 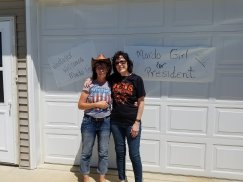 We’re all hoping we can make it to the 2021 reunion. Val and I are hoping we can wear our crowns and gowns and ride in the red convertible in the reunion parade. Our goal is to get in and out of the car under our own power. We plan to channel the stamina and endurance of our grandfather, M.E. Sanderson. We’ll be fine.

So, have a great birthday, Eddie, my friend. Take care of yourself. We have big plans for 2021 and you and Mari better not disappoint us,!