I’m watching my little great granddaughter, Ryan Constance, today. She’s two and a half and has already outsmarted me several times. Do you think four mandarin oranges is too many for a child that small? She can peel them herself and pull all of the little sections apart. The downside is it makes a juicy mess and I had to change her clothes and wipe up her sticky trail. (I hated to make her sit at the table, so I didn’t.)

She had a cheese stick and peanut butter crackers for lunch. (That’s what she asked for.) Now she’s eating pretzels with Nutella for dessert. I didn’t think about putting her hair in a ponytail until she looked like she had been dipped in chocolate fondue. Visions of Mrs. E who consumed a whole jar of Nutella on my watch came to mind in time to distract Ryan from suffering the same fate. It went right through the poor lady.

Once Ryan got full, I could tell she was ready for a nap. I’m still recovering from surgery and can’t lift anything over 20 lbs which makes it difficult to coax a child to sleep. She was not happy about going to bed, but I managed to get the rail down and she climbed into her crib with the use of a small step stool.

I sang to her and patted her back while she sniffled and tried her hardest not to go to sleep. Finally, she reached for a bedtime toy and turned it on. There is nothing like soft lullabies and the sound of waves to induce sleep. I woke up a little later and found Ryan was also sleeping. I was lying on the floor, so I crawled to the door, but just as I reached it, I heard the sniffles again, so I crawled back to the side of the bed and stayed there until I was sure she was fast asleep. (I was relieved that she never actually cried.)

As soon as she gets off work, Nikki will be here to pick up Ryan and sister, Skyler, who will be home from school, and take them with her to a hair appointment. I hope she’s not in a hurry because Ryan is still all sticky and her shirt needs changed again. The floor is also sticky thanks to a bubble maker that Ryan loves. I made my kids go outside with their little bottles of soap and wands. (Ryan was having so much fun, I let her play in the bubbles as much as she wanted to.) I remember how Mom used to clean the floor so before I leave, I’ll take a damp rag and push it around with my foot. 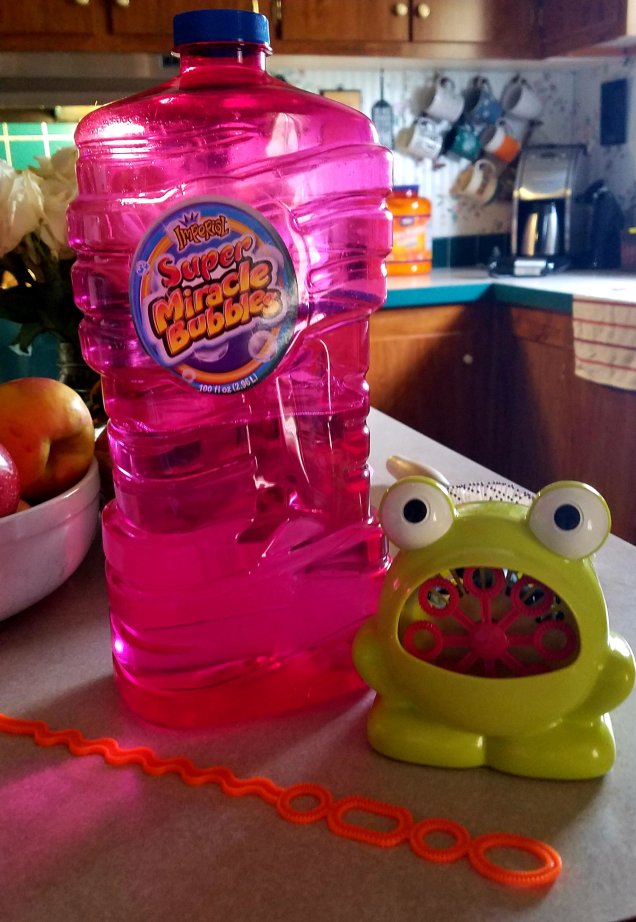 I think the day went quite well.

I was really pleased when Ryan was born, and Nikki gave her my middle name. I’m still honored by that, but it has dawned on me why we’ve all been given a middle name. It’s so our parents can drive home the fact that we’re in big trouble. When Mom yelled, “Mary Constance,” I knew I was in for it! The other day, I heard Nikki say, “Ryan Constance!” I felt like I had heard my name and my Grandmother’s name in vain. At least when Harry Truman’s mother yelled, “Harry S,” the S didn’t do any damage because his parents only used S as his middle name because they couldn’t think of anyone they wanted to name him after.

Live and learn is what I always say and grandkids are great teachers.

6 thoughts on “Murdo Girl…Cooking and cleaning with RC”