Jamie decided to retrieve the letters from the attic and give them to Brad. It wasn’t her place to discuss what she had learned from reading them with anyone else. For all she knew, Brad may already know about the contents and had decided to leave the past behind him. On the other hand, if he hadn’t read them, he might want to.

Miss Bessie was already in the kitchen when Brad came down for breakfast.

“Where is Jamie?” Brad asked. “Did she take a load of things over to the farm already?”

“No, Brad. I don’t believe so. I think she went back up to the attic. She said she wouldn’t be long.”

“Well, she must be finding what she needs. She’s spent a lot of time up there.”

“I made some scrambled eggs and bacon. I’ll put some toast in and you can have a nice breakfast.”

“Sounds good. Where is Alice this morning?”

“I told her to take the day off,” Miss B said rather sheepishly. “I hope you don’t mind, Brad. I really had to do some convincing to get her to let me do the cooking, today. I need more to do. Have you ever thought about raising chickens and selling eggs? Maybe Jamie won’t want those chickens of mine, and we can bring them here. What do you think?”

“I think that’s between you and Jamie. Just let me know what you decide.”

Brad was finishing his breakfast when Jamie walked into the kitchen. She was carrying the list of items she hoped to take to the farm, and the letters.

“Hi Brad, Just the person I wanted to see. Here is the list of things I would like to borrow from the attic. I also have these letters to give to you. Arf found them and brought them to me when we were up there the other day. I must apologize. I should tell you I read them. At first, I had no idea they were written by one of your family members. If you haven’t already seen and read them, you might want to.”

Brad took the packet and laid it aside. “I haven’t looked through anything up there,” he said. “I was only up in the attic once to see how much room there was to store things and I could see it was already pretty full.”

“Don’t think of it as borrowing these things. I’m sure I will never need them. They are yours to keep. Now, can Steve and I help you move? I think he plans to go back to the Research Hospital tomorrow.”

“Steve left with Arf early this morning,” Miss B said. “He didn’t say where they were going.”

***Steve and I are in his truck. I’m not sure where we’re going, but it’s really good to get away. Even dogs need to get away sometimes. I wonder how far away is. I’m glad I remembered to bring a frisbee. 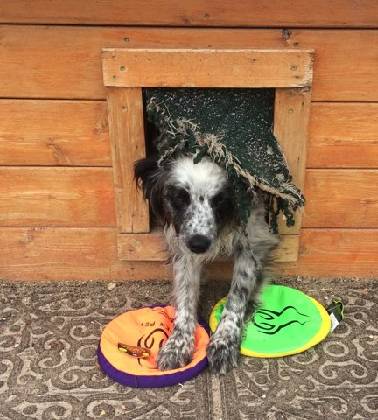 Steve had done some research and found there were six hospice facilities within a hundred miles of the house he and Dina were living in when she left. He didn’t have any idea where she might be until he read her letter to her sister, Steph.

“What do you think I should say to Dina when we find her, Arf? I need to convince her to talk to Katie.”

***Katie…did he say Katie? Is that where we’re going? Are we going to see Katie? I’m supposed to teach her how to walk, or at least help her. I sure do miss her. I think of her as my main human.

They were able to stop by three of the six hospice facilities that day. None of them would give him any information about their employees. They said he could leave a note addressed to Dina asking her to call him and they would make sure she got it if indeed she worked there. He gave her both the ranch phone number and the number of the direct line to Dr. Philip’s office at the research hospital.

“I have little hope that she’ll call, Arf. If she had ever wanted to, she would have already tried to contact us. We have to leave for the hospital tomorrow, so we won’t have a chance to check with the other three facilities until we get back.

As they were leaving the third facility, Steve had an idea.

“I see you have one of your frisbees. Poor guy…you must feel neglected. Let’s see if this town has a little park and we’ll take a break before we drive home.” 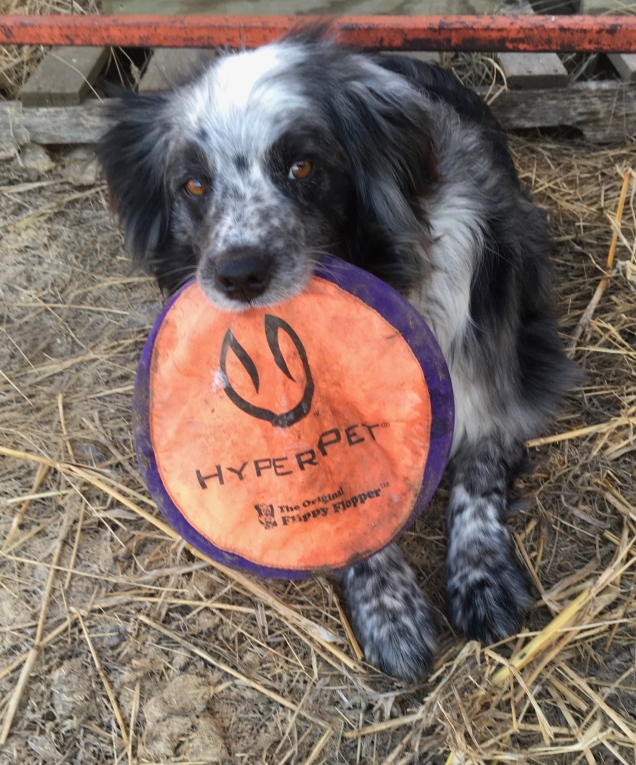 They had been at the park about an hour when Steve looked at his watch.

“We better take off, Arf. We’ve got a two hour drive home, and a long drive tomorrow.”

“Will you be going to the Research Hospital?”

Steve turned to see who was there, but he already knew.

“Hello Dina. They must have given you my note. How did you find us at the park?”

“I walk through this park every day on my way home.”

Steve could see the note in her hand. She was trembling…

***I felt sorry for the lady. She looked like she was really sad. Say something, Steve. See how sad she looks? Wait! Steve looks sad, too. I have to remember not to lick their faces or their hands…don’t lick, don’t lick, don’t lick. Instead, I went to sit by the lady and she bent down to pet me. I hope Katie and I can show her how we train together.

“There’s a bench right under that tree,” Dina said. “We can sit there. Do you have the time?”

Steve wanted to say, time? You want to know if I have time? But he didn’t.

“Sure Dina, I have time. This is about our daughter, not us. She needs you, Dina. It’s a long story, but there is a good chance Katie can learn to walk if she has the right motivation. Her doctors and I feel she doesn’t think she deserves to get out of that wheelchair.”

“Walk? She might be able to walk? I don’t understand…and why would she think she doesn’t deserve to?”

“It’s entirely possible she believes you left us because you didn’t want to care for a little girl who would never walk.”

Dina didn’t look away. She looked directly into Steve’s eyes when she said, “I want to go with you tomorrow. That is if you’ll have me.”

Note to readers: I write these pretty quickly and don’t spend much time editing. I catch everything when I read it the next day. I will try to do better.