“I know you’re all exhausted,” Gloria said. “I am too, but please bear with me.”

“In the course of their investigation into a contract dispute, your parents had uncovered a plan to extort a very large amount of money from the United States Government. They were in the process of writing a decision that included that information when your father got the disturbing phone call.

The caller told him he and his family were in danger and they would be receiving around the clock protection. He was to keep everyone at home until further notice.

Before your father had a chance to gather everyone up, there was an explosion and within a very short period of time, the authorities who, by the way, weren’t really the authorities, came and pronounced that your parents and you, Barbie, had died in the fire.

“How do you know all of this? Barbie asked. “I mean about the phone call and everything.”

“Your mother told me,” Gloria said.

Neither Brad nor Barbie could speak.

“Your father is the only one who was killed that day. Your mother called me and I made arrangements for her to be flown to Ireland. She was pretty badly burned and she thought that along with her husband, her daughter had not survived. She also knew she was in danger, but her son’s were safe. For the past twenty years, her identity has been protected.”

“She no longer needs protection and she’s in very poor health. She wants to see you, Barbie. She feels that you have suffered the most, although I feel I have cared for you and kept you safe for the entire twenty years.”

“Why Gloria? Why did you come all the way from Ireland to care for Barbie?” Brad was trying very hard to put the pieces together.

“Because I was the only one who would always be able to maintain contact with with your mother. It wasn’t my intention to stay for twenty years, but caring for your sister became my life.”

Jamie got up to check on Arf and Annie. Both were lying in front of the door in the kitchen that led to the backyard. Jamie, who had been growing closer to Brad recently, decided she needed a break from the intensity of the conversation and took the dogs outside for a while before feeding them. She was mulling over a couple of her own questions like, how did Gloria and Brad’s mom find out Barbie didn’t die?

While Jamie and the dogs were all playing in the side yard with Arf’s frisbee, Jamie noticed two cars pull up and park along the curb across the street. Two men got out of the first car. They walked across the street to Barbie’s house and rang the doorbell. It wasn’t long before she saw Brad open the door and the two men flash their badges.

“Is Gloria Fitzpatrick here?” One of them asked.

Arf’s ears perked up and Annie gave a low growl. 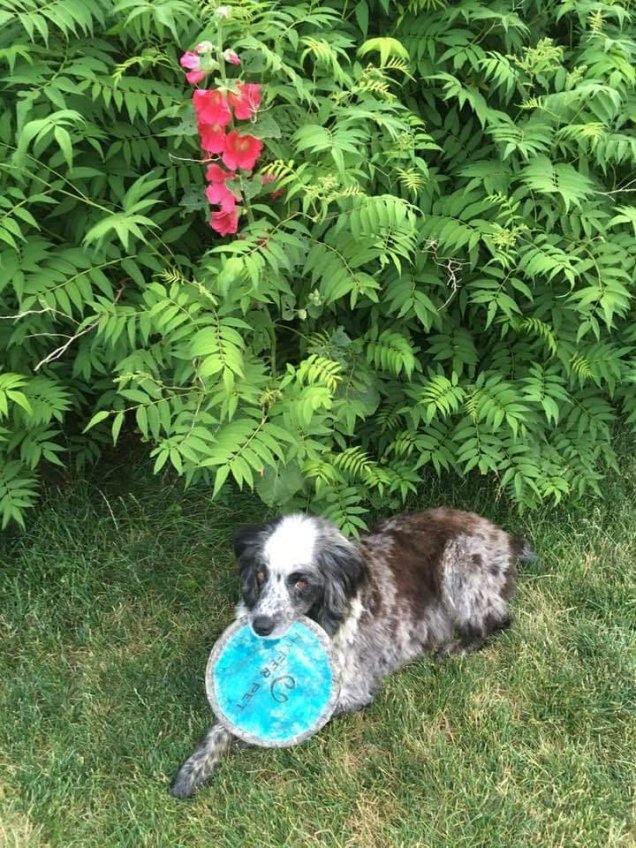