Steve dropped Brad, Tom, and Barbie off at the airport. They were excited to be on their way to see their mother in Ireland.

When they were all leaving the ranch that morning, Arf and Annie had jumped into the back of the truck and Steve let them come along for the ride. Even though he had left them in the truck bed for no more than ten minutes while he helped with the luggage, he figured they had probably already settled in for a nap. 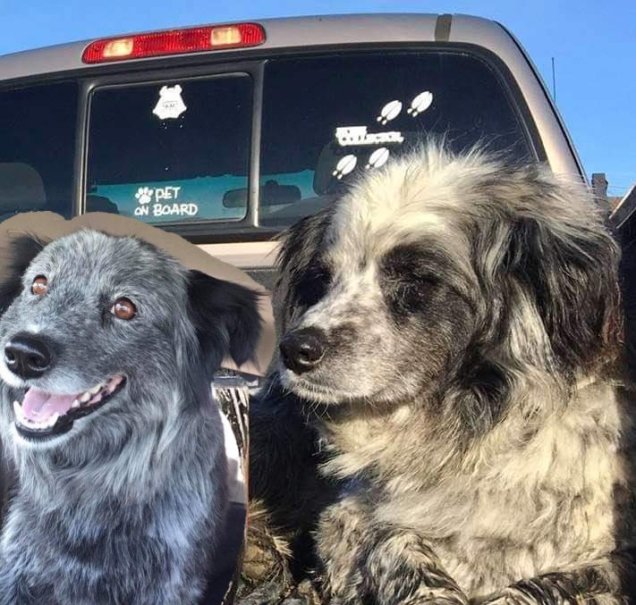 At first, when he discovered his truck wasn’t where he had parked it, he didn’t panic, but after searching the small parking lot and finding no sign of his truck or Arf and Annie, Steve had to come to the conclusion that someone had driven off with his truck and Arf and Annie had gone along for another ride.

As always he had put his keys in his pocket, but he also had a set attached behind the back bumper because he was always locking himself out of his truck. He couldn’t think of anyone who would be aware of the hidden set of keys, but he was sure to mention it when he called the police from the airport.

Next, he called the ranch to ask if someone would come and pick him up. He was not looking forward to telling everyone that Arf and Annie were missing. His daughter, Katie, would be especially upset.

Arf: I don’t think that guy even knows we’re in here, Annie. We really fell down on the job. We let a stranger drive off in Steve’s truck.

Arf: All the better. Get on it Sherlock, but while you’re investigating, I’m going to let this carjacker know we’re here.

Arf went up to the window separating the cab from the truck bed and situated himself so the driver could see him in the side mirror. His reflection was right above the “objects may be larger than they appear,” sign. 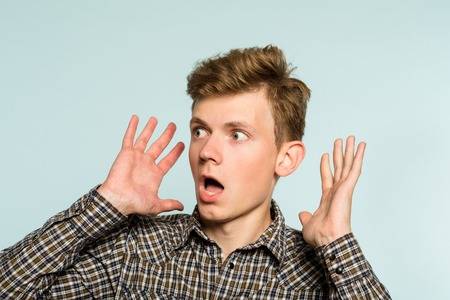 To say the guy was surprised when he glanced in the mirror, wouldn’t begin to describe the hilarious look he had on his face. He started honking the horn…hoping to scare them so they would jump out.

Annie: Are you kidding, mister? We didn’t just fall off the turnip truck. We would be seriously hurt if we jumped out while you’re driving this fast.

Arf: Yeah…we were born at night, but it wasn’t last night. We need to figure out who you are and why you took off with Steve’s truck.

Annie: We’re wasting our time, you know. He has no idea what we’re saying, but he is a little afraid, don’t you think, Arf?

Arf: I wish he would stop the truck. I need to use the bathroom. Do you see any good trees on the side of the road? Holy milk-bone…I think he’s pulling over.

The now dangerous looking kidnapper/truck thief, walked over to the side and told Arf and Annie to get out! “I don’t know where you came from, but you can’t come with me,” he said.

They were still at a standoff when a familiar old convertible passed them, screeched to a halt and backed up until it was situated right beside Steve’s truck. 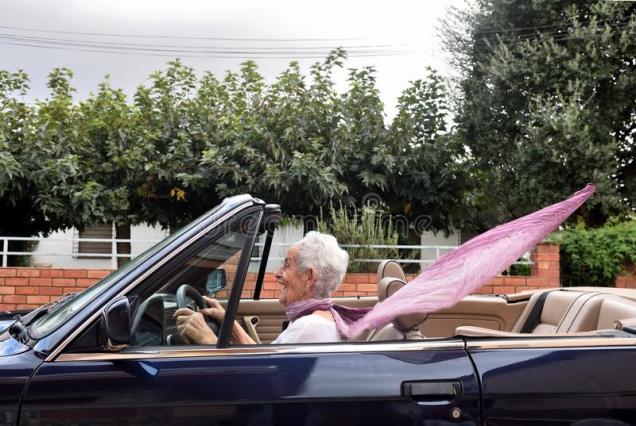 “Were you having trouble getting a ride home from the airport, son?” The little old lady in the driver’s seat asked. “Hand over those keys.”

When the young man didn’t move to follow her instructions, she said, “Look son, we can either do this the easy way or we can do it the hard way, but either way, you will give me the keys, now.”

The young man ignored the little old lady and started to get back into the truck cab.

“Well, Arf and Annie…looks like it’s going to have to be the hard way.”

Following her command, Arf and Annie jumped out of the truck bed, and before the young man knew what was happening, they had pushed him into the cab, and grabbed the keys. Miss Bessie, who was out of her car and close enough to the driver’s side, quickly reached in, locked the doors and trapped the persistently surprised young man inside.

“Steve called me from the airport,” Miss Bessie told Arf and Annie…”He wants me to pick him up, but he’ll just have to sit tight until we can flag a policeman down. Should we flatten one of Steve’s tires so they’ll be able to tell we need help?”

Both Arf and Annie whined a little.

“I guess you’re right. I just hope we don’t have to sit here too long. Red Skelton is on in an hour and he’s going to have John Wayne on his show. 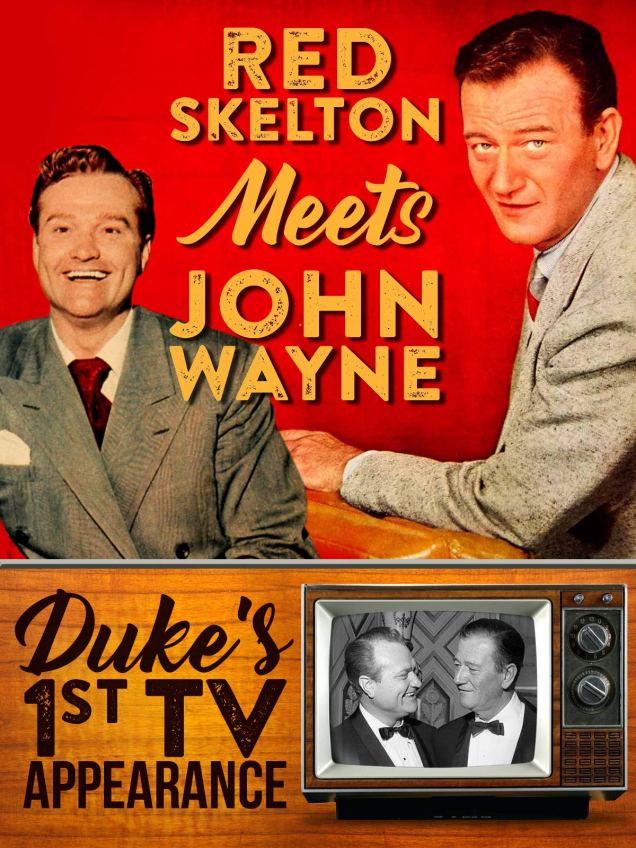 Luckily for all concerned, a nice police officer pulled over and listened intently as Miss Bessie explained the situation. “I like Red Skelton, too,” he said when she was finished. “We’ll get another officer to to go to the airport and pick up the owner, so you and your dogs can go on home.”

“In a minute,” she said. “Young man, where did you get a set of keys to this truck and why did you steal it?”

“This is the truck of my dreams,” he said. “When I saw it parked there, I walked over to take a better look, and I saw the keys lying on the ground by the driver’s side. I thought the guy had probably flown somewhere on vacation or something, so I decided to take it for a spin. When I saw the dogs in the truck bed, I pulled over so I could turn around and go back. I didn’t know they were the owner’s dogs.”

Miss Bessie just shook her head and patted the young man on his. “I don’t know what to tell you,” she said. “I just hope you’ve learned a lesson. Come on Arf and Annie. Have you ever ridden in my convertible before?”

Steve learned that hiding a second set of keys doesn’t keep you from losing the first set in plain site.

**** MG here…I’ll probably be hit and miss for a few days since we’re trying to finish up the cottage between rain storms and other distractions. We currently have the doors off, which turned out to be poor timing. Oh well, right? 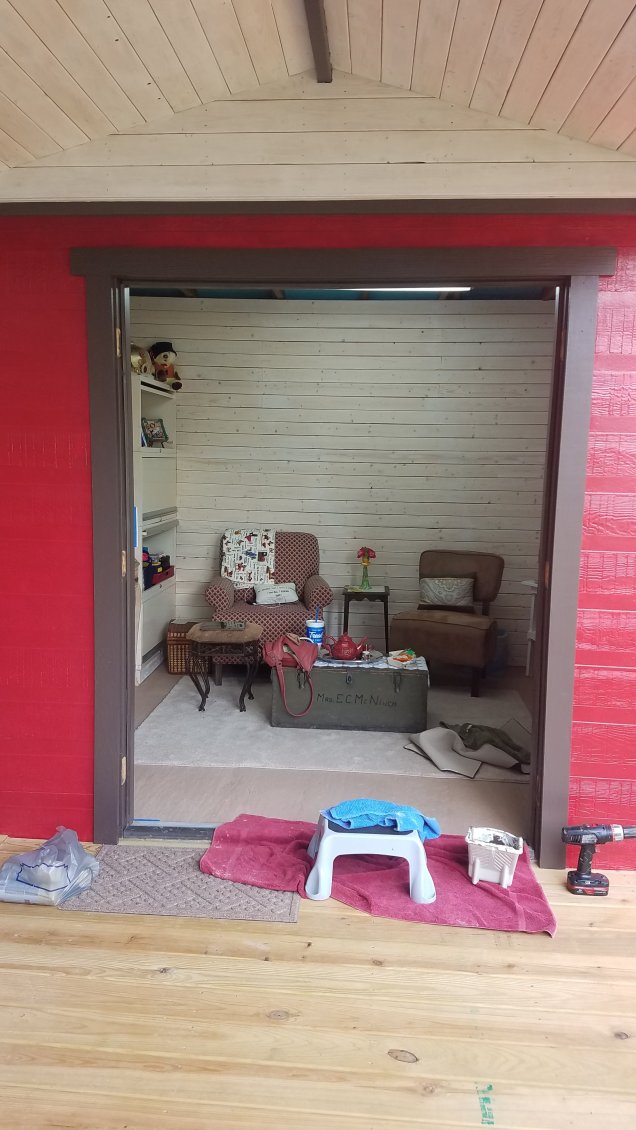 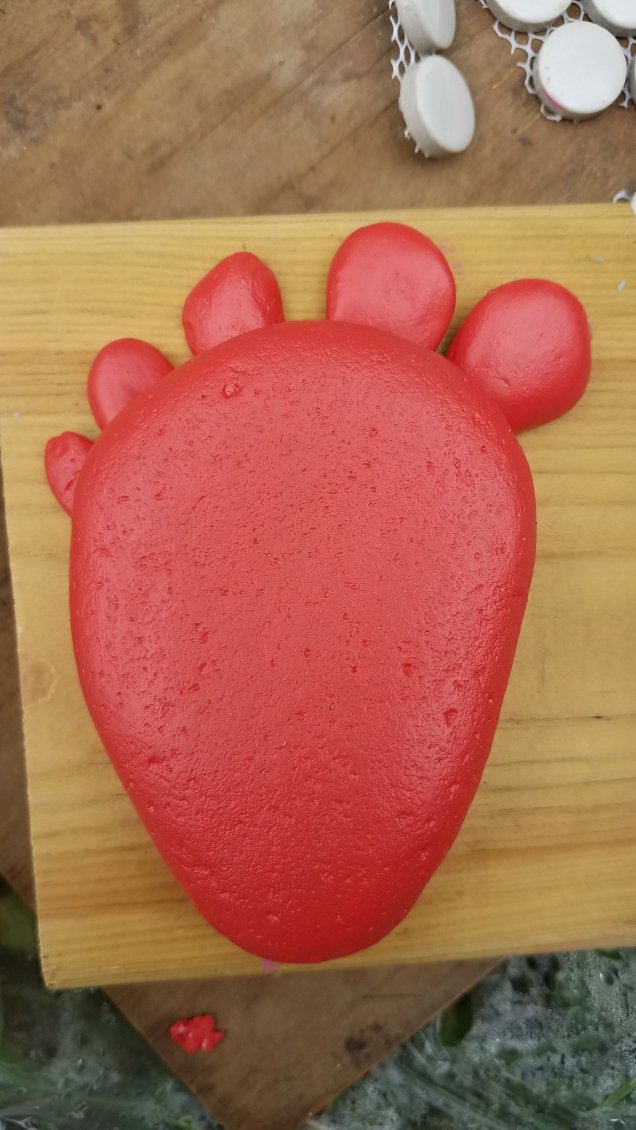 I’ll try to step it up a little.